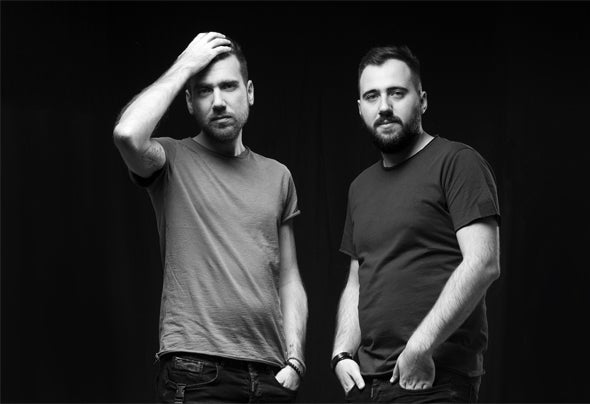 With appearences in Thessaloniki's best local venues such as Tokyo City Bar, Thermaikos, Piccadilly, Club Division, Club Vogue and The Real RockNRolla, Greek based duo Harris & John Tzigkounakis have been making noticeable waves in the underground music scene since under their moniker Highjacks. Their name becoming a trademark for an impressive and every time different event with their Deep Tech & Techno sets spiced with Progressive sounds. They have their residency at The Real RockNRolla, one of the city's well known venues, along with Cockney Lama (Robsoul, I'm A House Gangster) presenting some of the hottest and talented names from all over Greece. Also they are part of the famous Bear Project Festival, based in Naousa, GR, for two years in a row. In time of their five years under their alias, Highjacks had gigs in many different cities and venues all over Greece (Naousa, Veroia, Ksanthi, Larissa, Patras, Athens And more.) but also and abroad in the famous Cue Istiklal, Istanbul's well known underground venue, Soho House and more.Already planed releases forTarnished Tracks, Superordinate Music, Majestic Family Records, Piko Music & Bullfinch, 2018 is all set to be their breakthrough year. Dedicated to their work, their music is depicted by distinctive and powerful base lines, melodies and emotions. You can find many of Highjacks's releases on some of the most respected and major underground electronic labels.