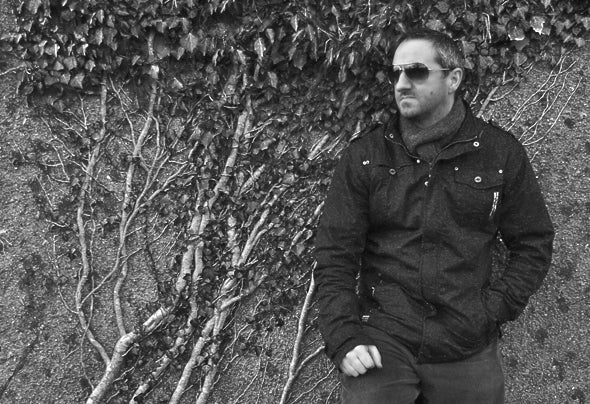 John Kearns (Lateral Cut Groove) has been Djing since he was 16 years of age. While still at school he held down his first residency at Propaganda in Sligo City playing alongside top UK and European DJs. From this he built up the necessary DJing skills and style to enter the Irish Mixing Championship back in 2000, which he won. To add to this achievement he also won two more competitions that same year. One, was to open the main stage at Creamfields Ireland (a very memorable gig indeed) and t he ot her was t o play a set at Shines 5th Birthday bash in November of that year. He also set up his own club night with his brother called Chunk-A-Funk in Letterkenny which ran for over five years. As well as this he played regularly at big club nights such as Shine in Belfast, Lush in Portrush, Tripod in Dublin and Deep Fried Funk in Derry. His interest in music found him furthering his education and pursuing an houours degree in Music Technology at Leeds Met University in England which greatly enhanced his engineering and production skills. Working with bands and DJs while at university led to his involvement in putting on the 'Leeds Met Live' event in 2008 which he also performed at. Since then he has been working hard on improving his own sounds, compositions and techniques while also teaching Music Technology and Production to his students at his very own studio (The Vault). He has recently released his 'Electric Feet EP' on the Liquid Grooves label and he has also remixed tracks for Nicolas Agudelo and Techi. He has also remixed projects for Passport Recordings and SexiBeats and worked his magic on tracks by Zibe and Marcelo Demarco. As a producer he has already hit the headlines with his music been featured in mixes and charts including Jeff Mills, Darren Emmerson, Carl Cox, Hernan Cattaneo, Dave Seaman, Jerome Sydenham, Joel Mull, Pan Pot, Mario Fischetti & Silvio Conchon to name but a few. His track 'Little San' which was released on Peter Presta's Digital Jaxx label went down a storm in the summer 2008, been played everywhere from Ibiza to Buenos Aires and was also featured on Hernan Cattaneo's 'Sequential' radio show. He also produces under the guise 'Kronecker Delta' with another top Irish producer Darren Doherty. Theirfirst track 'Tribe of Sunshine' had a massive interest from labels around the world and was snapped up by SexiBeats. The two have since remixed tracks for the label as well as 'Tecnove'. They have also remixed tracks like 'Maurizio Ruggiero & Danyelino - African Rebel' which has been getting massive support for DJ's such as Nic Fanciulli and Sander Klinenberg. His DJ sets have been features on numerous radio stations around the globe including 2FM, Frisky, Proton, Galaxy, Ibiza Global Radio and Ministry of Sound Radio which have led him to setting up his very own podcast. The unique 'Deeper Sides' show goes out once a month which expresses his wide range in electronic music, mixing a veriety of tastes ranging from deep soulful house through to uplifting techno. As a DJ his sound is truly his own. His style which could be described as a selection of deep chunky dirty tech house is enough to get anyones head bopping so if you haven't already experienced t his excit ing new producer, Now is the time.