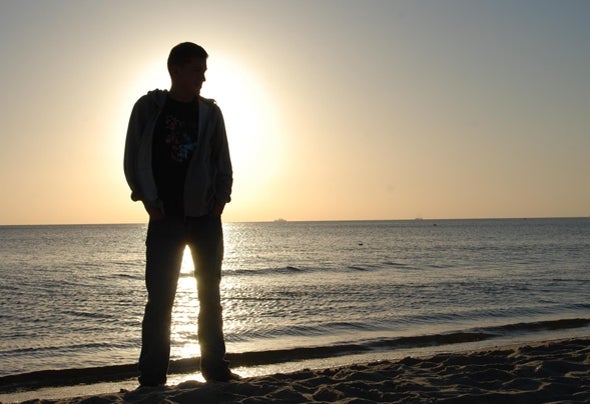 E.F.G. also known as Oleg Szyszkin was born in June 1988 in Gdynia. His journey with electronic music started in the late 90s, tunes by Prodigy or Fatboy Slim played significant role that time. Journey turned into passion in year 2005, when he discovered trance music however the true remedy was the first visit in famous club - Sfinks in Sopot, where he learned how to sense the depth and width of deep basslines and techno blips. Mixture of this "two worlds" is what define E.F.G. style these days - space, deep bass, maximum amount of energy - for Oleg these values are essential while selecting tracks for the show. So far E.F.G. co- operated with several internet radio stations, such as radio Soundempire, Revolusic, Houseradio, Minimal Radio. As a producer E.F.G. is a part of Passion Fruit Recordings crew. He was also related with System Records, Levitate, Dirty Stuff, UDTK and Magnetide. In 2010 he released three EP’s including “Mind Switcher” which gained support from Markus Schulz himself. Oleg was very prolific in 2011, first artist album ("Musical Kit") along two great EP’s (“Gloom”, “Sparkle”) and remixes (for Depthide and Mira El Toro) received positive feedback from many worldwide artists such as Sander Kleinenberg or Jaytech.