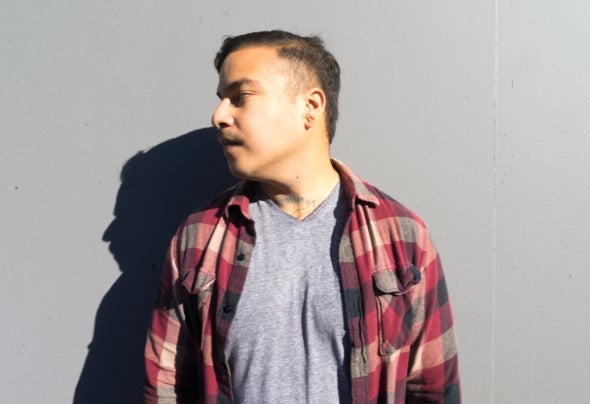 Jovani Melendez is a native San Francisco DJ & Producer. Jovani’s spark of creativity started with his love of art & drawing. Attending the distinguished School of The arts in San francisco majoring in Visual Arts. Jovani has been a musician since the age of 11, starting with guitar and honing his skills at through years of lessons and attending Musicians Institute. His love for electronic music stems from his uncle Bay Area legend DJ Jose Melendez. Listening to his Brand of House and Dance music the seeds where subconsciously planted for what would later become JustJovani. 2012 Jovani purchased his 1st pair of decks and began honing his skills through bedroom djing to house parties and eventually making his way into the bar/clubs around the Bay Area and Festival circuit. His blended soundscape comes from his inspirations from multiple music types such as Acid , Techno , and House. Crafting them into a sonic experience that anyone listening can resonate with. Being a founding member of Sinewave Syndicate it all happened when Jovani met Anthony Aaron Davis , where himself and another Bay Area DJ Make Out Point where forming a crew. From that they eventually went on to form Sinewave Syndicate DJ & Artist crew in 2015. His work as a label manager has seen him bring on the talents of Archie XX , Dexter and Jellyybearr into the Sinewave Syndicate fold. Along with managing Sinewave Syndicate alongside Dymonds they along with NeyxMissmak saw them organized the event 18HR w/ Justin Martin and Walker & Royce March of 2018. The 300+ person saw over 20 DJ’s including JustJovani perform through an 18HR time period. From 18HR to festivals such as Lightning in a Bottle, Organic Festival and Deep Summit to clubs and bars , The Great Northern , Temple , F8 ,The Brix , Organic Festival , after hours , Sinewave Syndicate Monthly’s around the Bay Area , JustJovani is rising force in the underground electronic scene with no signs of stopping. Simply put his Just Jovani.