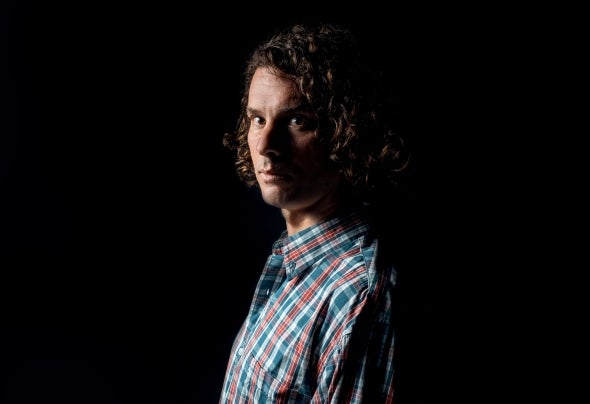 Alberto Blanco was born in La Plata, Argentina but early on in his childhood, he moved to Mar del Plata where stayed until after his adolescence. His enthusiasm for both modern and electronic music gave way to a rather large and varied collection of discs. At the start of the millennium, his main influences were Hernan Cattaneo, John Digweed, Sasha, Steve Lawler, Dave Seaman, Sander Kleinenberg, Timo Mass, Danny Howells among other great leaders of the electronic music scene. His interests and path towards his destiny began to define themselves in 2006 which lead him to roots of electronic music when he moved to Ibiza where he began his career as a formal DJ participating in various private events. In 2007 he debuted at the night club Heaven and in 2008 he made his first appearances on Ibiza Global Radio by the likes of legend Joan Ribas and his program, House Vibes. But he didn't stop there; giving way to his first residency at Club Somni along with various appearances in the mini club El Ayoun. His particular music selection pared with his unique style (a style eminently more progressive than that of the pure and authentic island), allowed him in 2009 to be part of the first electronic music festival, Sant Jordi Dance with Valentine Huedo and his first appearance in one of the most recognized clubs on the island, Es Paradis. Through their ever more frequent presence on the radio, he captured more attention and was offered a residency on Ibiza Sonica Radio and immediately accepted their offer. Once he was there and thanks to Igor Marijuan and his exclusive program “Club Ibiza”, he became the resident DJ of the famous Catamaran party, “Sea Sun” where his deep sessions where received with great enthusiasm and praise by all those who listened. From there Alberto was invited to to play the Passion parties at Club Somni while at the same time he was making more frequent appearances on Miguel Garji’s “Deep Fusion Radio Show” on Ibiza Global Radio. Both of these experiences attributed to an ever growing success and allowed Alberto to return to his country in late 2009 for a mini tour. Once again in the Southern Hemisphere and in his home city, Mar del Plata, he participated in Nacho Casco's Expression's parties. He was also given a residency for the month of January at the renowned bar, La Princesa while at the same time taking part in the already very popular party for the summer scene, Made in Ibiza at Sobremonte Club. In yet another famous costal Argentine city, Villa Gesell, he preforms alongside Mauro Perotta in the acclaimed Cahuen Bar. 2010 would find him back in the familiar territory of the Ibiza dance scene with a residency in Club Ibiza, alongside Karlos Sense on Ibiza Sonica Radio and in a mix of numerous other collaborations on Ibiza Global Radio.All of these combined appearances allowed him to show his versatility in a wide range of house genres. 2011 was the time for a new and very important step for Alberto as he moved to Barcelona to pursue the new path of music production where he relies on his remarkable ability to combine sounds, genres and styles. As 2012 arrives,Alberto started producing with Graziano Raffa and along with Hernan Cattaneo's support of their productions, not only on his radio show "Resident," but also in the largest international clubs, they signed their first EP with Norman H’s distinguished label, Stripped Records (UK). During this time, Alberto meets and begins producing with Matias Vila, they then sign with Sangria Recordings to eventually become finalist of the Remix Contest for "dPen- Vasanizome," which was released by the major label Sound Avenue. They also remixed Granziano Raffa, for the famous label Liquid Grooves, and a remix of Matias Fernandez Vina on Underground Music Records. As we can see, 2012 has been a year full of great success for Alberto and we are sure that 2013 holds great promise with the start of many more exciting projects not only as a DJ and as a producer as well.