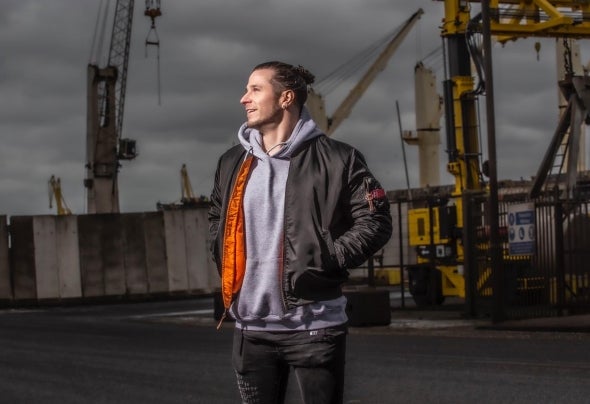 If you want to arrive with a bang, you can’t do much better than Richie Blacker. A producer forged in the Irish underground club and rave scene has ushered in the most exciting new artist in years. A DJ and producer creating something new yet giving a large nod to 90s rave scene. A soundclash of house, techno and rave (yes, rave) records from the early 90’s melded together to create that elusive thing – an original sound of his own. His EP ‘Summer of Rave’ has been a game-changer. A nostalgic rave track thrown into the melodic house scene that sounds like nothing else, it was exclusively in the hands of Skream who played it a year before release & was kept as a secret weapon at festivals & clubs to get the crowd jumping for Richie only known as ID to many until Skream decided to release it on his 'Of Unsound Mind' label alongside two other euphoric rave tracks. Even before release it had rapturous reactions - and a viral response on social media & consecutive spins on Radio one by the likes of Danny Howard & Pete Tong. Once it was released, it rocketed to the top of the Beatport charts at number 1 on release and stayed in there for a month. Although Richie Blacker is no stranger to the Beatport charts with both his 'Mess express EP' with Sasha's Last Night On Earth Label & his 'Voices in the Echo' on Skreams Of Unsound Mind label both jumping to the top of the Melodic House & Techno charts & having plays at many of the festivals that year by such DJs as Sasha, Jody Wisternoff, James Grant, Hernan Cattaneo, Dee Montero & many more. Richie Blacker has been ever present on the station’s playlists ever since, gaining constant rotation from the likes of Danny Howard, Pete Tong, John Digweed, Anja Schneider etc. & its looking like this is going to be the new normal.