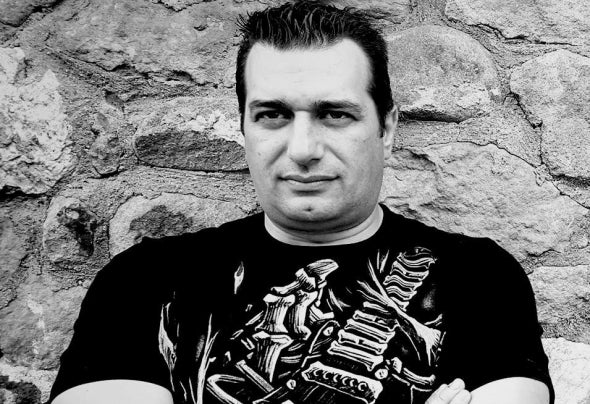 It was 1995 that Dio S started playing out the records he collected from a younger age. The soul of house music and the energy of early progressive house was evident in each and every set. All that with a pint of techno music in the end. Years passed, Dio S kept djing around Greece and until now he shared the decks with Kosmas, Elias Tzikas, Steve Mill, Nikos Diamantopoulos, Mikele, Thodoris Triantafyllou, Adrianos Papadeas and many more.Dio S started getting into production in 2005, always trying to learn more and more about the sound. Of course, having electronic music as the main influence (and artists such as James Holden, Pryda, Sasha, Craig Armstrong, Hans Zimmer), he created tracks ready for the dancefloor, but with more of a depth, making it possible to sound equally good at home.After 2008 he released his first tracks on vinyl to Method and Get Weird, plus more digital releases to Iboga, OneDotSixtyTwo, Stripped, Movement, Per-Vurt, Maktub, Epsilon Trax, Sick Watona & Baroque. His music has gained great feedback & support from Sasha, John Digweed, Nick Warren, Lee Burridge, Tripswitch, Kidnap Kid, Groove Armada, Eric Prydz, Logiztik Sounds, Kosmas, Shawn Mitiska, Cid Inc, Markus Schulz & many more quality djs.He also has a downtempo project by the name of Cayo Largo, with 3 albums already in the market. At the moment, he has a radio residency at argentinean radio Mix One FM.For bookings & enquiries contact: dionisis_s@hotmail.com