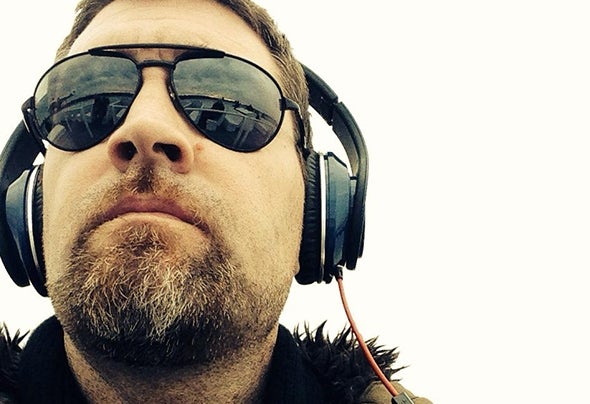 Mariner (Jay Roebuck) began as a hip-hop/experimental producer in the early 90’s. Having been exposed to house music at The Edge – Jacksonville, he immediately fell in love with the vibe, the sound, and the unity that the house scene provided.While performing at a warehouse party in Jacksonville under the name Aquanauts, he was discovered by DJ Rob-E and invited to meet with KRAM Records in Orlando. Mariner was signed as an artist and began working as the labels primary studio engineer and co-producer all the time writing tracks that would be featured on his ever-popular debut album Amphibian.Mariner has had a unique sound from day one. As his name suggests, he is heavily influenced by all things water. This fluid nature is ever present in his song structure and sound selection. While incorporating wicked drum programming, memorable melodies, beautiful pads, and natural sound effects, Mariner has the ability to not only make everyone in house want to dance but also embrace the person next to them in unconditional love.Having headlined four Zen Festivals, and being voted fan favorite of the last two, Mariner has a deep appreciation and love for his following, “They are the only reason I do what I do”.The last few years Mariner has been studying, writing, experimenting, and testing the waters with new sounds and styles while preparing for his second album Aquaholic, which promises to be an intelligent, mature, and lush journey through sound while pushing the envelope in production, sound design, psychoacoustics, and arrangement.Discography:Mariner – AmphibianEasedrop – EasedropEasedrop – Doorway (Mariner Remix)Alias:ELKCircuit Circus