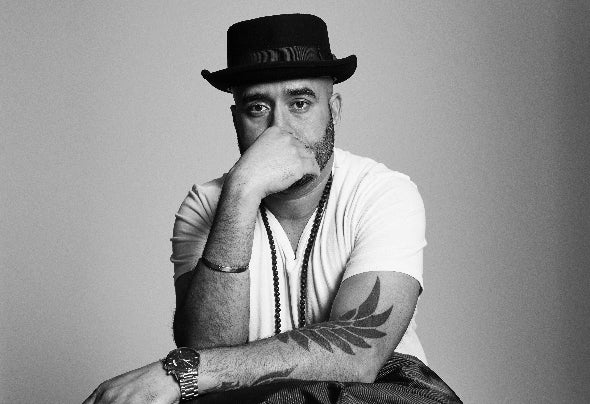 No boundaries, no rules and no restrictions. This philosophy underpins Raman Gill’s work, whether that be creating mesmerising dark dancefloor destroyers as Arkatekt or fusing deeper organic, ethnic and electronic grooves for his Solar Kings project. It is the drive to break down barriers, innovate and create freely that has seen Arkatekt’s immediately identifiable sonic stamp, imprint itself all over the Beatport charts with hits in both techno and melodic house genres. Dig into the producer’s history and you unearth the source of this free-flowing approach to creativity and expression. Growing up in Toronto, he was immersed in different cultures and exposed to a diverse palette of sounds including Punjabi, Middle Eastern, African and Latin music. Later, it would be dance music legends Daft Punk who would ignite his passion for electronic music and evoke a feeling that he could not shake. It was not long before he was contemplating creating hybrid sounds, from influences as diverse as Sasha, Digweed and The Chemical Brothers through to the rhythmic energy of Bhangra. Raman became a disciple of dance music, learning from those at the cutting edge and readying himself for his assault. When it came to choosing a name, his background as a database architect informed his choice but he realised he would need to work in innovative new ways. Determined to find the solution by breaking the rules, his genre defying ethnic infused sounds were picked up by astute labels like Reworck Records, Keep Thinking, White Lines, AH Digital and Another Life. Chart success followed, ‘Devil’s Breath’ reaching number one in the Beatport Charts and featuring heavily on Drumcode Live sessions. Arkatekt’s ability to manipulate new structures in sound now finds him collaborating with exciting artists such as Pole Folder, Tenerfuse, Kovu and Frømme to name a few. Arkatekt is leading the charge for a new breed of producers less preoccupied with genre and more interested in blending sounds from around the world in exciting ways to form their sonic signature. This is music that evokes a feeling, transporting you somewhere else with its primal pull to the dancefloor. With the blueprints in place and headway made; the Arkatekt’s puzzle is set to be unlocked.