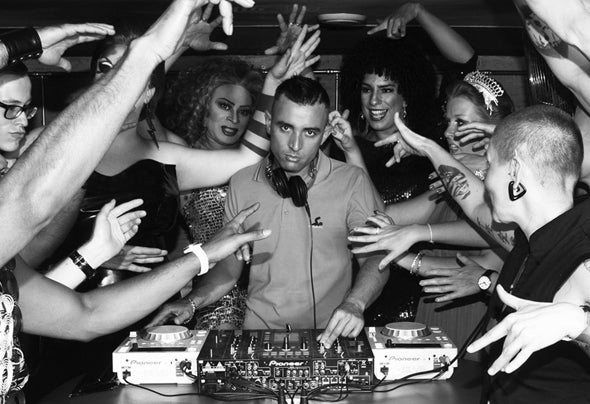 DJ Benjamin was born in France, DJ’ing since 1994 and living now in Amsterdam.Really quickly this accomplished artist gets noticed and makes himself a name in the Dance scene in Europe.Dj Benjamin is a “Cutting Age” music producer and Dj, his musical abilities are able to adapt according to the different parties, location, clubs and other artist and music producer he plays for or work with in the studio.He can be seen mixing in the best European night clubs, beach clubs and restaurants in : Ibiza, Bruxelles, London, Paris, Berlin, Barcelona, Antwerpen and of course Amsterdam his home base.In 2010 he meets “French Faction" with whom he starts to collaborate very closely. He starts to remix different progressive house and electro songs but quickly their complicity leads to the elaboration of events and showcase during Amsterdam Dance Event music festival in Amsterdam. Dj Benjamin also collaborates with the label Bongo Tone together with Tom Robis, Gerald Henderson and Rio de la duna. Its in Ibiza where he is spending the summers and get most of his inspiration. Playing in the main clubs of the island together with event such as White Party, Baccanali and Just Scandal.