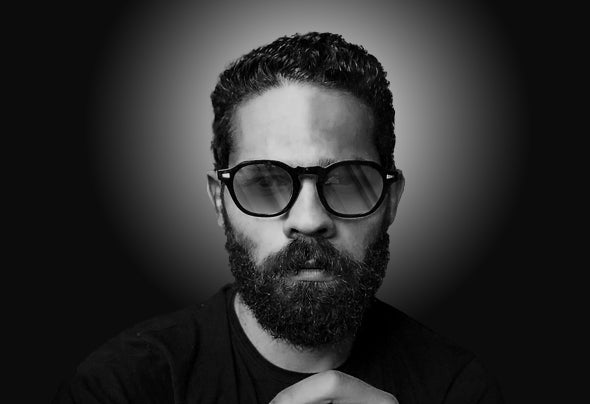 Kilany M. started his music adventure very early. Born in 1993 and raised in Tunisia; he listened to many styles of music like pop, rock, blues, R’n’B, and of course the dance music. Music is literally in his blood, and listening wasn't enough! So later on, at a young age, he studied guitar and piano. His first electronic music passion was in the house of Trance, where he felt involved with beautiful diatonic melodies, and picked up some influences for his musical identity. Soon enough, he began an experiment as a DJ, making sets, and sharing them with his close friends becomes one of his main routines. But his hunger for music push him further, and he felt the need to sketch some ideas to share his feeling throughout his own music. So in 2008, his first gig opportunities arise around Hammamet-TN and straight away he captivates the crowd, giving him the confidence to chase his dream as a DJ and electronic music producer; 10 years later, in the year 2018, his music got recognition, and he signs his first single with the label Deepnd Records, which open the doors for future features inside another branded independent record label. Nowadays Kilany M. is one of the rising producers in the genre of Melodic Techno & House, with over 10 TOP#100 in the year of 2020, opening the way for his music to reach more and more fans around the globe.