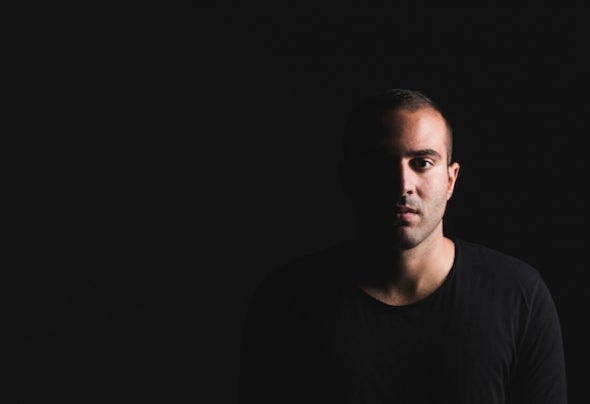 I’m a musician who expresses his art through the groove; I am The Groovelover.” [ Eddy D’Amato ] Eddy D’Amato is an Italian artist, dj and producer born in Turin in 1996. At the age of 16 he started playing in clubs. In 2016 he moved to London, where he studied at Point Blank Music School. London’s experience approached him to the underground world and to techno music. Back in his home town, he began to work in studio on his music. In April 2018 released his first EP album, “Let’s chat about” on Humatron Records. After some gigs in Italy during the summer, in September was released “The Line” on Natura Viva Black. In December 2018 he signed on Comade Music ( D-Deck and Alex Mine label ) with his track “Blaster” released on the V.A. album “Comade Slide 10”. First release of 2019 was “Locked EP” out on Aparat Rec. After in the same year he released “Lost Love EP” on Comade Music. This EP album was supported by big name in the Techno scene like Dubfire, Spartaque, Marco Carola, Alex Mine and many others. The EP includes Skober remix, an artist who doesn’t need any introduction thanks to his successfully tracks released on Drumcode, Terminal M or Tronic. “Lost Love” Skober remix has climbed Beatport Techno Hype Chart up to the 47th position. He released other tracks int lasts months of 2019 : “Dance And Whatever”, “Biohazard” and “Soul Automation”. Eddy started 2020 with a massive EP “Mistake EP” released on Comade Music, this album includes a huge remix by the big producer Ron Costa. In addition to this, Eddy is resident dj in two of the most important brand’s club party in the north of Italy, The Squad and Puzzle. He also play as guest at festivals like the Reload Music Festival 2019 and in international clubs party like Trip To Bermuda in Germany. He played at Eden Ibiza during Summer 2019 in the iconic party Idol Experience. This is Eddy D’Amato, an artist on the rise.