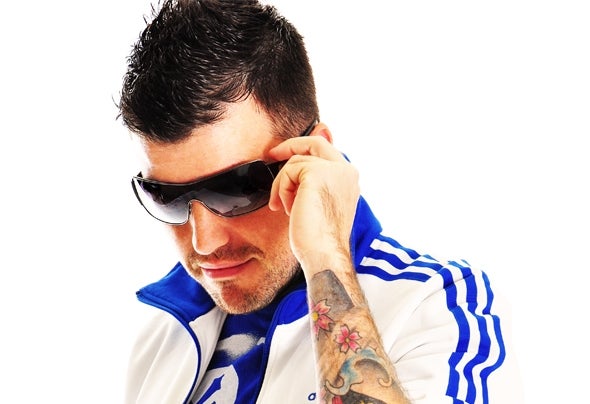 From the musical streets of Glasgow, Scottish born Paul Mendez is an artist, producer, DJ and an internationally respected name in the world of Electronic music. He has long pushed the boundaries of musical genres in ways that have earned him a stellar reputation across the dance music industry. Paul is self taught and has old school values based on hard work, his love and passion for his profession and for music, this is evident from his upbringing and his desire to succeed. As a 9 year old he trained contemporary dance at London's finest school 'Pineapple Studios' and became Scottish break dance champion 3 years in a row, He did his 1st DJ gig at 15 years old with the biggest event company in the country 'Awesome 101' , He was Scottish DMC mixing finalist 2 years running at age 18 and held down his first residency at the number 1 rave club in the country 'The Bunker' and also with high caliber event company 'Maelstrom' headlining alongside names such as 'Fabio & Grooverider, 'Carl Cox', 'Sasha', 'The Shamen', 'The Prodigy' and many more. At 20 he was playing the biggest events including 'Rezurection' ,'Fantazia' and started to perform regular in London, Manchester and abroad at the world famous 'BCM' in Majorca (Spain). at 23 he started a successful residency at 'RATT' in Bathgate were he quickly established himself as the biggest & most popular trance DJ in the country and one of the most recognizable and proven names in the European scene. Paul also became music director at the venue and his vision of booking up & coming foreign producers such as Tiesto, Armin van Buuren and Ferry Corsten paid off in spectacular fashion with sold out events every week for 6 years and helped these artists on their way to become superstars. his famous Radio show on Beat 106 / Capital FM spanned 5 years in the Friday night midnight slot syndicated on FM radio throughout the UK and cemented Paul Mendez as one of Scotland's most successful DJ names ever. Paul is renowned for his technical ability and the energy he creates with spine tingling performances in hundreds of cities in 60+ countries on 5 continents which encapsulates the crowd bringing epic peaks, arms in the air and bass drops which could measure on an earthquake Richter scale, to put it simply Paul Mendez is the definition of the term 'International' and he has been described by many in the industry as 'World class' & 'Proven' and has had great reviews from major names such as 'Armin Van Buuren' who said "Paul is one of the best resident DJs I have came across no matter what the set or style he was always spot on" and 'Tiesto' who commented "Paul is a great DJ and one of the few I personally hand picked to play for me in Amsterdam at our Wildlife party's”. For the past few years Paul held a prestigious 5 star DJ residency for 'Intercontinental Hotel group' in the Middle East and was fully focused on Studio work which was a major reason for his recent production success so he made the decision to reinvent himself in America and has recently based himself in the nightlife capital of the world 'Las Vegas' were he has enjoyed success in the past with residencies & guest spots at RA (the Luxor), Moon & Rain (The Palms) and was the chosen DJ for celebrity events for A-list stars including Pharrel Williams, Shaquille O’Neil, Alicia Keys, Snoop Dogg and Samuel L. Jackson, who approached Paul and commented: “That shit is crazy”. Most recently Paul has played at Vegas super-club 'Marquee' and continues his 14 year residency at Hollywood's legendary venue 'Avalon' for 'After-hour power', DJ residencies have been relevant throughout Paul's career in Ibiza for 'Bora Bora', 'Privilege' & 'Slinky', 'BCM' in Majorca, Tokyo, Dubai & Cape Town with brands such as Ministry of sound, Hed Kandi, MTV, Kinky Malinki, Colours at the famous Arches venue & Global Djs in Dubai & Doha were Paul was support act on world tours for Tiesto, Calvin Harris, Deadmau5. Nicky Romero & David Guetta. He continues to be at the forefront of the Trance, House & Techno scenes on major & independent record labels such as Universal Music, ID&T, Bonzai music, Armada ,1605 Music Therapy, Manufactured Music , Absolutely records, Dos or Die, Xtravaganza records and more., He has produced 2 theme tracks for 'Trance Energy' and has received multiple Gold discs sales awards, top 100 DJ in the world placings 5 years running and recognition from major publications 'DJ Mag' & 'Mixmag' who described his 'Magic Impuls' track “as a defining moment in Trance music”. Paul continues to be a dominant force on dance music download store Beatport with 10 top 100 hits in the past 14 months including 2 top 5 singles and officially remixed major names such as 'Ice-T', 'Afrojack' , 'Robin S' and 'Tegan & Sara' alongside massive bootleg success on tracks by 'Calvin Harris' , 'Example' , 'Icona Pop' and Rudimental with Great support from Radio stations with tracks featured on many shows from Pete Tong's 'Essential selection' on BBC Radio 1 , 'I Heart' radio , 'Ministry of sound' radio & 14 weeks in a row support on BPM/Sirius for Paul's bootleg remix of 'Wake me up' by 'Avicii'.