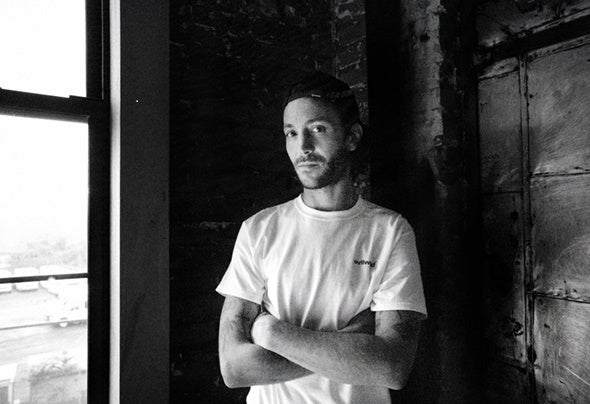 Louis Brodinski is a DJ and producer. A key figure of the Parisian electronic scene, he was a long-time resident of the Social Club, the emblematic basement that shaped a whole generation of Parisian clubbers. Brodinski has since launched an international career, DJing regularly in America, Asia and Australia.In 2012, he co-founded the Bromance label, which quickly became one of the most creative imprints in Paris. The label has released Parisian talents such as Gesaffelstein, the Club Cheval quatuor and Louisahhh, and also developed links with a selection of artists from across the world.In 2015 Louis Brodinski released his debut album, Brava, which brought together techno production with American rappers; a plunge into his desegregated musical world. After ending the Bromance adventure, Louis Brodinski, continuing his evolution, is today working on a series of projects that focus on North American hip-hop. Now aged 30, he splits his time between Paris and Atlanta, exploring the deep seas of electronic experimentations mixed with trap music.Last November, he decided that it was time for a brand new mixtape, Evil World. The tracks are uniting his favorite rappers at the moment like Reddo, NgeeYL, Slimesito, 645AR and Xanman but also more established figures like Splurge and Doe Boy. In less than 30 minutes the project evolves sonically in very different directions, but tells a story at the end. As trap is extending its frontiers day after day, Evil World is based on the principle of having all rappers on very different types of beats. Evil World is writing the future.