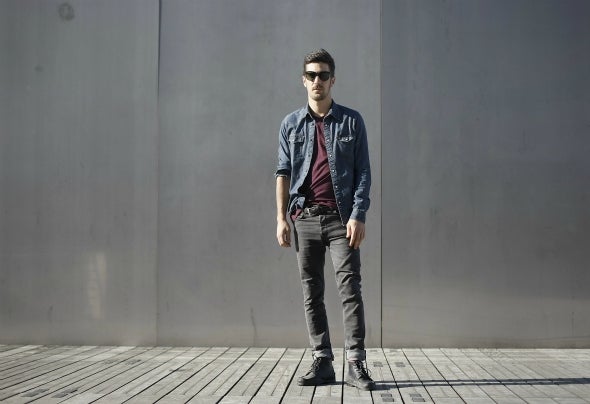 NOOB There must be something in the water in Bordeaux. Something that turns quiet kids into tasteful buttoned-up hooligan technophiles expert in ghetto house and the art of partying till you're brain dead while screaming their trademark "CHUI CHO" from the top of their lungs. First there was Bobmo, then Strip Steve, Djedjotronic and now we present to you the latest graduate from the Bordeaux school of hard knocks: Noob. It was Popof who first spotted Noob, and his remix of the well renowned “Serenity” became Form Label’s first ever release. From that point on, Noob began receiving remix requests from some of the industry’s most prominent figures and labels including Brodinski (Turbo), D.I.M. & TAI (Boyznoize records) and Zero 7 (for the legendary Atlantic label). Tiga himself also requested a remix for his weeks long top charted single “Shoes”. In 2009. Noob co-released his maxi single "Peanuts Club" on Turbo Records (alongside Brodinski). The pumpin house megahit not only grabbed every dance music aficionado's attention, but also helped define the sound of 2009 whilst getting plays by every major DJ back when high pitched synth riffs and tropical riddims ruled the clubs. He then proceeded to deliver a handful of tasty remixes (for none other than heavyweights Tiga, Para One AutoKratz, Proxy, Style of Eye and Popof), as well as his immense Dinosaurs With Guns production for Yours Truly.In early 2011, he majestically flipped the script by showing the world his obsession with intricate patterns and melodies through his "Crumble" EP, a very IDM-inspired warped tech house gem on the usually rather techno Form records. Most recently, the Bordeaux techno villain released two massive tunes on Sound Pelligrino: “Spell”, a groovy sure shot which combines commanding ferocity and a delicate class in a way reminiscent of Style of Eye’s early work, but also hints at Noob’s passion for IDM and mysterious- almost ambient melodies à la Lone, carried by a strong rhythm built on noble electro and house drums, unraveling the most ‘hands in the air’ breakdown since the invention of putting your hands in the air. The track generated an incredible crowd reaction and witnessed immense club success. The second one being “Protein” was reminiscent of Oizo and b-pitch era Feadz production, as well as the dirty MPC-sounding, analog clashing against digital, grease-dripping electro funk of old favorites Letroset. It's weird, aggro yet minimal, always building up yet never blatantly exploding but rather keeping your feet on the floor for some seriously sweaty dance action.So far Noob has hit some of the world’s most renowned stages, including Dour Festival dour ( Belgium ) , Onzieme Osaka ( Japan ) , Zoon Club ( Mexico ) , Womb tokyo ( Japan ) , Fabric London ( UK ) , Sankeys Manchester ( UK ) , D.Edge Sao Paulo ( Brazil ) , Rex Paris ( France ) , Festival Plages Electroniques Cannes ( France ) , Kaballah Festival Itu ( Brazil ), Soul tech Festival ( Mexico ), Libertine Supersport Brussels ( Belgium ) etc. Apart from a vigorous touring schedule, studio sessions also keep the young Frenchman busy. In fact a handful of diverse little side projects are underway for Noob... Stay tuned !!