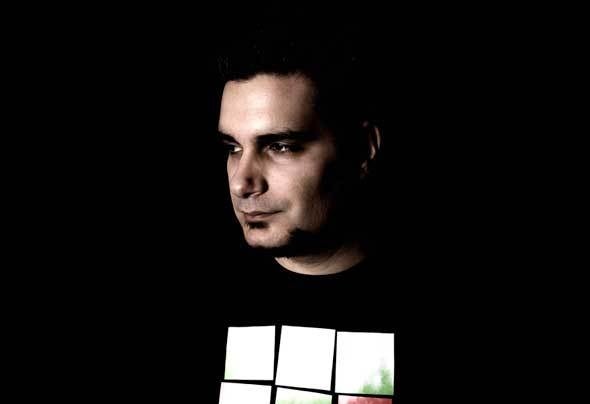 'Simon Garcia: Music with soul and audacity.' - datatransmission.co.uk Born in late '70s, Simon grew up listening legendary bands such as Depeche Mode, New Order, The Shamen, Information Society or Kraftwerk, but also enjoying genres like Blaxploited Funk, Latin-Rock, Rare Disco, '90s House or Acid-Jazz, among many other things. A musical bagage that later would found an artistic point in ...common on himself. Nowadays, Simon has seen his works released on labels such as Poker Flat, Supplement Facts, Perspectiv, Dieb Audio, OM Records, Cécille, or Composite among other high-profile labels, either with his real name or his aliases Kornelius or Larakki, releasing original tracks or remixing for the likes of DJ Yellow, Sasse, Matthias Vogt, Lee Burrdige, Wagon Cookin' and others. His genuine, timeless, personal, hypnotic and futuristic sound is already getting support for the likes of many of the most respected worldwide tastemakers: Laurent Garnier, Seth Troxler, D'Julz or Deetron, who recently remixed the latest Simon's release on the Ripperton's Perspectiv label, and of course Guy Gerber and Steve Bug, who with Simon has edited several releases on their own labels. A unique vibe that can be completly felt in his dj sets, which you can also follow on his show 'The Green Lab', aired monthly on Proton Radio. Besides all of this, he's also the resident dj & host of one of the main House / Techno clubnights in Madrid, MOTEL Club. In its relatively short period of life, MOTEL has had the pleasure to bring guests like Matthew Dear, Radio Slave, Âme, Konrad Black, KiNK, Mark Henning, Sasse, DJ Yellow and more international acts, and quickly became a must place for clubbers in the capitol's nightlife.