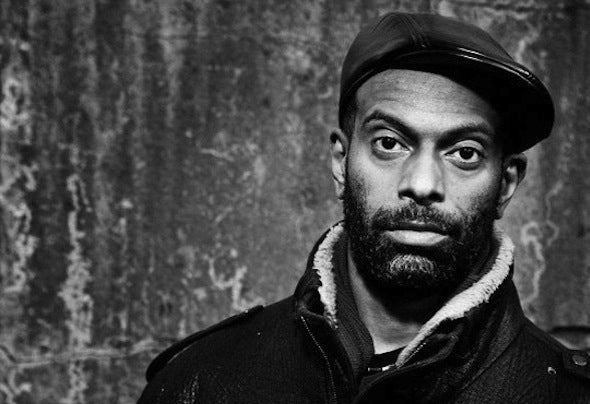 Love of the music should be the driving force of any producer, performer or DJ. Everything else stems from that core, that love. With that love, sampling can become a tribute; An expansion on ideas long forgotten, reconstruction, collage. Using the same understanding openly and respectfully can turn DJing into a spiritual participation. It can turn a few hours of selection into essential history; Necessary listening through movement.' This personal philosophy gives shape and direction to the distinctive sounds that are created by Theo Parrish. 1985 was when it began for Theo Parrish, although he wouldn't see any recognition for his work until a decade later... but that really didn't matter at the time. Theo Parrish was working any chance he got at creating music to dance to and perfecting his craft of spinning records, often alongside similar minded friends: Leron Carson, Spince Williams, Ken Frazier, all sharing the same goal: to make people dance. To some this might seem odd, but to many teens in South Side Chicago, at the time, it made complete sense. Child hood friend Ron Trent can attest to that. As well as Glenn Crocker and Jamie Lust. It was just what was done. The practice continued whenever possible until he moved to Kansas City to study at their Arts Institute at 17 years old. Here Theo Parrish blended what he was discovering in school with what he loved to do after school and on the weekends resulting in a degree of Fine Arts from KCAI with a concentration in Sound Sculpture, a form of orchestration using live instruments, looped recordings, the human voice, and numerous other sound generation devices. While in Kansas City he also expanded his creation techniques and made connections with like minded music lovers, sonic soldiers Dj Joc Max, Dante Carfagna and Jenifa Mayanja which also lead him to expand his crates to hip hop, reggae, funk and jazz. Theo Parrish moved to Michigan in 1994, made a brief attempt at teaching, then found work at a local record store Melodies & Memories, then found work cleaning the KMS building and then found work at Seventh City Distribution which happened to be moving into the building. The continuous visits to record shops, Buy Right Music and Record Time, made him familiar with the local producers and DJs: Sherard Ingram, Rick Wilhite, KDJ, Rick Wade & Mike Huckaby, who he gave mix tapes to as well as recordings of his own edits and production. They took note. After his first release on KDJ05 he released his first full EP on Elevate Records, which he briefly managed for Seventh City Distribution, and then Released First Floor on Peacefrog Records. He then started his own imprint, Sound Signature, in 1996 and has been serving the vinyl buying public and the dancefloor minded ever since. He now extends this ethic to the youth, who may not have known vinyl at its most infectious, and at its least expensive to purchase, at a time where technology outmoded itself into irrelevance daily. He believes it is indeed a challenge for those infected with the love of vinyl to continue doing so in these days and times, And hopes to make it easier to know what pieces from the SS catalog might be worth getting your knuckles dusty for, or paying full price for the genuine article. Enjoy.