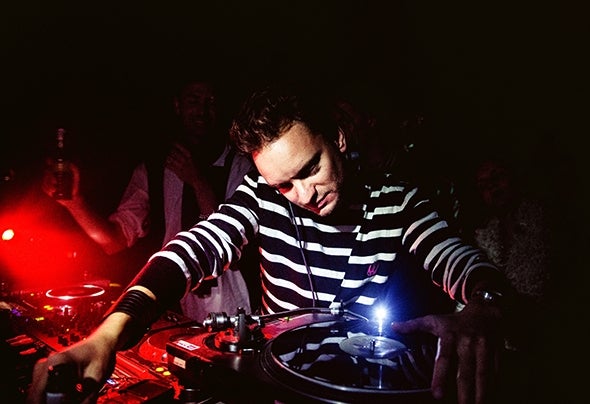 Meet Dj Schwa. For years and years he is stirring the wheels of Prague underground scene, both as dj, producer and promoter of the Komiks events. You might also came across Schwa’s acid infused EPs under his imprint “Beef Records” and other heavy weights such as Compost Black, XLR8R, Flight Recorder, Otake, Large. Komiks, his party brand is also a big inuence towards Prague’s music scene. Komiks has hosted many legendary acts such as Derrick May, Kink, Deadbeat, Edward, Bjarki, Bambounou, Robert Hood, David August, Tornado Wallace, Palms Trax, Moscoman and many more in their alternative rave parties using old industrial warehouses packed up with art installations and experimental lighting. Between 2006 and 2014 Michal was living in Australia. He was often touring Asia and held residency at Sydney’s afterhours club Spice. On top of his busy schedule, DJ Mag also granted him in the top 50 albums of 2012 for his album “Soul Machine” with his partner in crime, Nick West under their “Shades of Gray” moniker. Since early 2018 is Schwa also hosting Beef records monthly radio show on 199radio London. Through his studio production work and parties, Schwa’s music selection has curated into a passionate and open-minded collection. His passion covers all aspects of electronic music ranging from house, to electro, acid, electronica and all the way up to the heavy rave music. There are few boundaries.