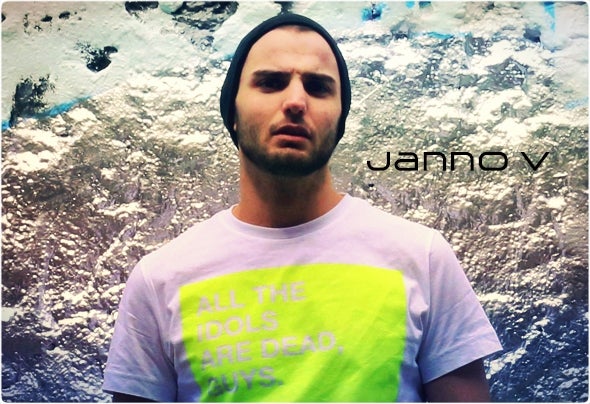 Janno V started djing at the early age of 16.As a child he moved around Europe and Asia getting a unique exposure to a variety of cultures and global influences. Within a month of his first introduction to turntables, Janno V’s impeccable mixing was coincidentally discovered by a hong kong top DJ who helped launch Janno V’s carrier into the top clubs of Hong Kong at age of 16.His passion for dance music developed continuously, which eventually brought him to London to study music production. Now signed to EUN Records Berlin he has powerful releases like Circularity and Liebe, Sonne, und Nacht.In December 2012, Janno V's – “Desombre” hour mix reached 21 on the infamous beatport chart. T he following March Janno V’s only second mix for beatport “Marching” also immediately entered the charts and climbed even further to peak at rank 5. Janno V achieved 5 consecutive Beatport Top Mixes through 2013.Even though Janno V is a music producer, he is foremost a musician at heart. The harmony between his technical abilities and musical talent results in the distinct Janno V sound. His mixes are clinical, energetic and include many different musical aspects and acoustic elements.Janno V has achieved a coveted W-hotel Residency in Hong Kong where he frequently returns to.Janno V has spun in some of the biggest and most renowned global Clubs including the great Amnesia (Ibiza) and Patek Philiip Club, (Hong Kong) to name a few. Furthermore has been playing and rubbing shoulders alongside industry greats like Sasha, John Digweed, Ferry Corsten, Luke Chable, TIESTO and Cosmic Gate to name a few.