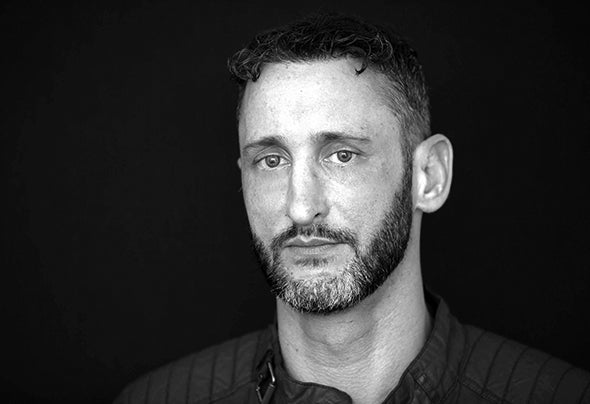 Raised in Philadelphia and based in Washington DC, ZENBI is quickly becoming one of the hottest names in America’s burgeoning house music scene. With newly minted residencies at two of the hottest dance clubs in the US, and a handful of recent top ten tracks to back it up, ZENBI is establishing himself as one of the most in-demand DJ/Producers in the industry.ZENBI started spinning vinyl in the mid 90’s in Philadelphia – being heavily influenced by the music culture pioneered by local legends Josh Wink and King Britt. ZENBI’s signature ‘Good & Beautiful’ sound [Zenbi translates as Good and Beautiful in Japanese] has evolved into an infectious blend of sexy house, tech house, latin, and tribal grooves.On the road, ZENBI has packed crowds from Boston to Budapest, Milan to Miami, and performed at major dance music festivals including BPM, Miami Music Week, Winter Music Conference, Groove Cruise, SodaPop Milano, and ADE (Amsterdam Dance Event). At home, Zenbi holds monthly residencies at two of the premier house clubs in the US: Lima in Washington DC and Rumor in Philadelphia – where he shares a rotation with the likes of Chus & Ceballos, Morgan Page, Saeed Younan, and Oscar G. In addition, ZENBI is a resident of electronic music event production company AOE, where he has performed at large scale events with acts including Aviici, Alesso, Bingo Players, etc.The past year has brought a whirlwind of success for ZENBI’s studio works, which have caught the ears of a Who's Who list of labels including Skint, Hotfingers, Great Stuff, Twisted, Vendetta, Disc Doctor, Low Kik, SK Supreme, among others. A handful of ZENBI releases have graced the Beatport Top Ten – including Stefano Noferini’s remix of Double Trouble, which claimed the number one position on the Tech House charts for over a month.ZENBI’S releases have received massive support from an ever-increasing list of talented producers including Moby, Mark Knight, Marco Carola, Stefano Noferini, Roger Sanchez, Umek, Danny Tenaglia, Wally Lopez, David Herrero, Erick Morillo, Dubfire, Paco Osuna, David Penn, Satoshi Tomiie, and Uner (to name a few!).