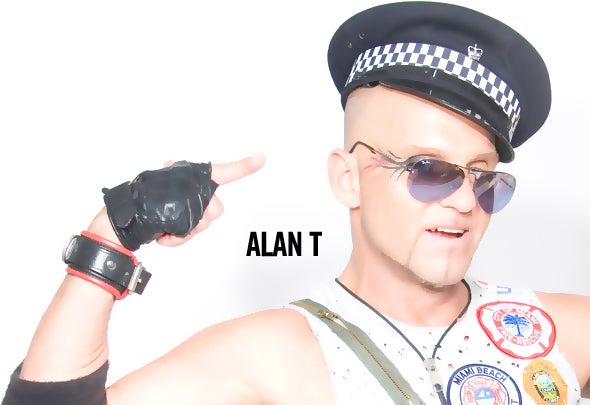 A chameleon and Renaissance man, Alan T has covered so many bases that he should book his act into Yankee Stadium. Club and recording personality and host extraordinaire, architect and design guru to the famous and infamous, he is a jack of many trades who has managed to master them all. Alan T studied at the prestigious Architectural Association in London and holds a Master of Fine Arts degree in architecture from Columbia University. A longtime appreciator of the music and club scenes, he had dabbled in mixing and deejaying 'just for fun', and he seemed destined to pursue the career for which his education had prepared him.