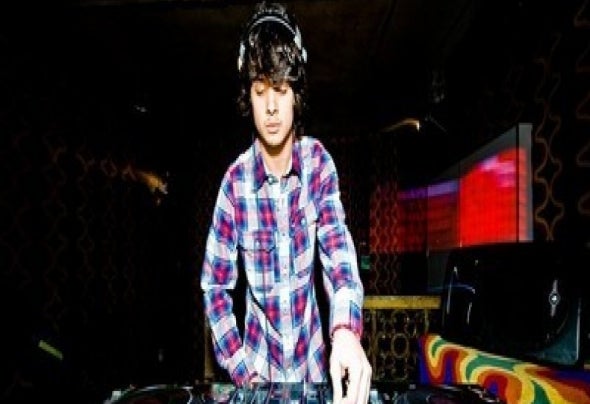 Precise mixing and engaging, thorough selection of strictly music based on the essence of the Chicago house and Detroit House. With only 20 years he brings vast experience, collecting performances in renowned Brazillian clubs like: "D-Edge, Clash, Morocco, Pacha and Sirena" Rafael has signed up he's space as a major exponent of the new school he is also resident of the prestigious festival that happens every six months outskirts of Sao Paulo called Aludra, he receive world-renowned artists and brings national quality and refinement in the form of warm up to the attractions. Also is part of the harvest team of Paradise After-Hours who is the most respected after hours of brazil and happened for 10 years in the famous club"D-Edge", in 2011 it returns on a new club and new format @ Hot Hot. He has performed alongside several names from the world scene throughout his career a few of them are: Loco Dice, Kani, Imbernon Edu, Alex Kenji, Re Dupre, Adam K, Gustavo Bravetti, Gabe, Underground Resistance, Hugo, Dusty Kid,Anderson Noise, Solomun, Olivier Giaccomoto, Milk & Sugar, Johnny D, Keys, Oliver Huntemann, Tim Healey, Renato Ratier among others ... As a producer he firms a lot of partnerships, Recently finished a remix with Caio Stanccioneto the enshrined Steve Lawler resulting on a special climate-tune, authentic tropical atmosphere, firming the veracity and competence of the double that resulted in the choice of the top 20 worldwide. Moreover to the beginning of the year they bring a few tracks that come out on worldwide labels such as "Soul Shift Music" American brand that launched two of the tracks on a compilation of double major world conference on electronic music "Winter Music Conference".