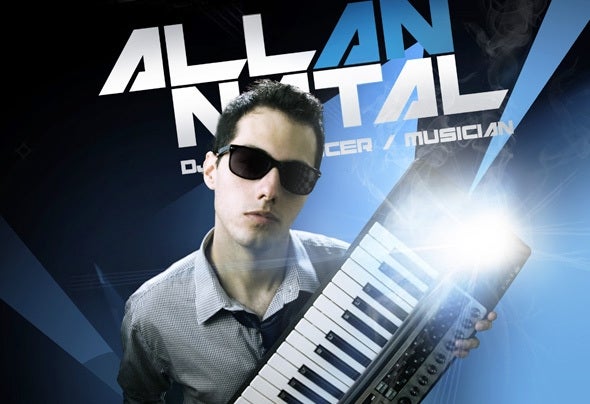 Allan Natal is currently one of the biggest names of House Music in Brazil. Before DJing professionally, in which he has been working for five years, Allan Natal also produced his own music since he was 16.The success of his songs, which have been supported also by big names of the International Circuit as: Offer Nissim, Ana Paula, Peter Rauhofer, Chris Cox, Yinon Yahel, Tony Moran, Itay Kalderon (Epiphony) and others, it was one of the reasons for him to receive the first invitations to play outside of Brazil.At the age of 23, Allan Natal has presented in every state of Brazil and in countries like Canada, Israel, Argentina and he is currently the most acclaimed Brazillian DJin Mexico, where his songs reach the top #1 on the electronic music radio stations.Allan Natal has developed musical parnerships with the musicians such as Tony Moran, Yinon Yahel, Leilah Moreno, Georgia Brown, Epiphony, Patrícia Camin, Joe Welch, Mister Jam, Amannda, Lorena Simpson and others.Always seeking to innovate, Allan Natal is the first Brazilian DJ/Producer of the electronic circuit to perform in possession of a modern keyboard in a project Live "P.A."This year Allan Natal's last single You're Not Here was named the second best song of 2011 in the best eletronic radio station of Mexico: Beat 100.9 FM. Along with big names as David Guetta, Avicii, Axwell and others.