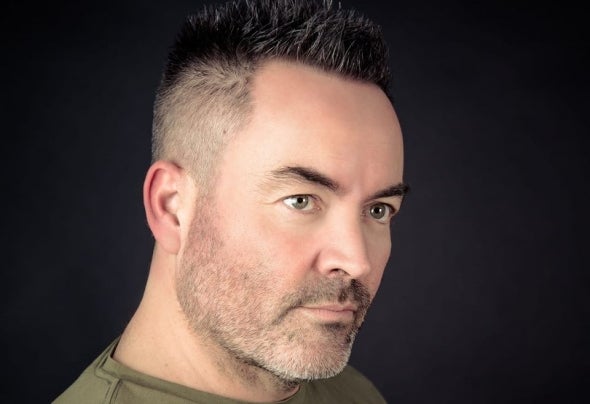 A great DJ and producer from Mallorca, specialising in House, Deep House & Tech House with over 20 years experience. Spinning in the best clubs in Mallorca and sharing the booth with some big names such as David Guetta, DJ Sammy, Des Mitchell, Andy Ward, Kiko Navarro, Aril Bridka, John Aquaviva, Dr. Kucho!, Jose de Divina, Wally Lopez, Javi Bora and many more he gained critical acclaim and great respect in many festivals and private parties.In 1998 he debuted his first production “Emergency - Check It Out” with the spanish label Container Records, and followed up with his second “Lost in paradise” which was remixed by Frank TRAXX. The third release under the name “Blackmail” called “Do You Wanna House” was remixed by Fragma and entered the german dance charts. Thanks to these succeses he was able to grow and begin to collaborate with other great spanish producers.In 2002 he helped create the track “Dark Suite - Dark Sweet Piano” which was a big hit and took midem in Germany by storm. Signed to Sony UK under the label Illustrious, it was remixed by Wally Lopez, Dr. Kucho, Frank TRAXX, Starchaser and broke through in the English, German & Greek markets and even managed four consecutive weeks in Judge Jules playlist on BBC Radio 1.With this success, Dark Suite remixed “Oreja - Vacilando” which was number one throughout Spain and their second single “I Believe in Angels” was chosen as the official theme of the Bacardi Tour in Spain, along with the Wally Lopez remix and was featured in one of the most popular TV series of the time.