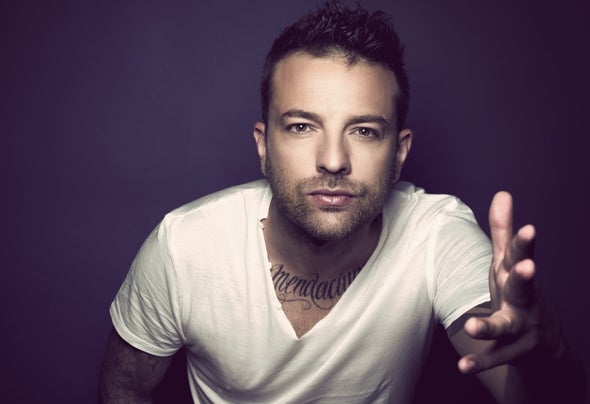 Charismatic, brisk and full of power, this is Juanjo Martin, one of the current leading DJs and Producers in Spain, getting also involved in the South American and North- European EDM scene. 2012 has proven momentous for him, recently awarded as best DJ in the Spanish ‘Deejaymag Awards’. Clubs in Europe, America, Asia and Oceania have hosted performances by Juanjo. Besides, he has won more than 20 national and international awards that position him as one of the most talented DJs of the moment with extensive experience.Every week, Juanjo’s radio-show ‘This Is Ibiza Anthem’ that transmits exactly what he believes as top music, so that the whole world can enjoy his musical taste, has almost 10,000 weekly listeners coming straight from different countries around the world. The show is aired on over 10 radios worldwide including French FG Radio, Jemm One in the UK, Rise FM in Hungary and Hawaiian My 95.9 FM, amongst many others.Present in Ibiza since 2003, Juanjo has played at the best clubs of the ‘White Isle’: Space, Privilege, Pacha andUshuaï a Beach Hotel; this summer season 2013, he’s doing it at Privilege with SuperMartXé, after almost two years, Juanjo comes back to the brand that helped him to take the top. Furthermore, SuperMartXé’s new anthem for this season has been created by Juanjo Martin in collaboration with Brooklyn-based singer Jonathan Mendelsohn.Hits like ‘Maniac’ and ‘Millennium’, each no 1 in s ales in 2007 and 2009 are produced by Juanjo Martin. In April 2013, Juanjo released a remix for one of the most recognized country/pop artists worldwide, Jewel. He remixed one of her greatest hits ‘Standing Still’, which has been included on Atlantic Records’ released album ‘Jewel: The Greatest Hits Remixed’. Then, Juanjo Martin releases three new original tracks that came to light in May and June, ‘It’s Dark’, supported by most of top DJs such as Axwell, Thomas Gold, Robbie Rivera, Tiësto..., ‘Charisma’, with a small hint of dubstep, and ‘So Far Away’. Also, in 2012, Juanjo Martin produced ‘Rewind’ with the Swedish singer Amanda Lundstedt; ‘Savannah’ (Spinnin’ Records), ‘Roads’ (Juicy Music) and his remix of ‘Wicked Game’ (Kontor Records).After some years of thought and inspiration working on the launch of his new label, Juanjo Martin announced in August 2013 his new project along with JP Candela and Javi Reina. Zoombeats is the brand new label managed by this artistic trio and it’s, according to Juanjo, “a new platform that will link international producers with the Spanish ones to get the electro-house / progressive-house sound a little bit closer in Spain”. The first reference of the label will be available on October 1st, and it’s “Notice Me”, the new single of Juanjo Martin in collaboration with Chris Willis, a global reference vocalist related with names as important as David Guetta, Hook N Sling or Nicola Fasano, amongst many other renowned producers.