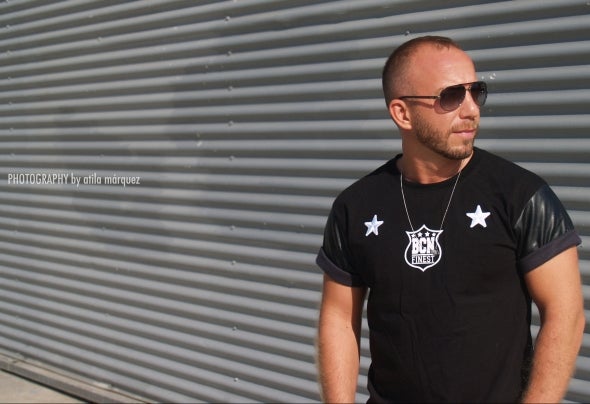 The German / Turkish producers passion for beats developed at an early age. On his way to 128bpm Moussa stopped by at hip hop, but soon his love for electronic vibes grew in him. Moussa collected records early on and indulged in progressive sound during the 90s. Soon he realized his true love: The love for house captured him, and soon he became a true warrior of house - from the depth of his heart. A night with this charismatic DJ is a non stop flight accompanied by raging beats, mixed with balearic sounds and bumping tones. This has let to him taking the scene by storm in 2009 – not only across Europe.From a collector of records and label expert he finally became what he is today: the man in control behind the turntables. Within no time his way took him to the top of DJing. In an instant Moussa became the insider tip of the European scene - London, Paris, Zurich, Rome, Barcelona, Berlin, Milan are the cities, where he plays frequently. But even more his lust for nightlife brought Moussa to South Africa where he captivated Cape Town at New Year’s Eve. The Middle East knows him well for his fabulous gigs at their Party-Metropole Beyrouth.His style has many faces. If you ask the musician what has influenced him the most in the past years, he recalls inspirated styles from Hip Hop, R'n'B, Jazz and Dub and even Reggae. You can feel this in his sets: complex, thrilling, sexy and impulsive. Moussa has everything in his bag that's necessary for a night par excellence at the club. He himself describes his style simply as classic house. A kind of House that is often forgotten, but which is one of the greatest, diverse and enthusiastic in electronic music.