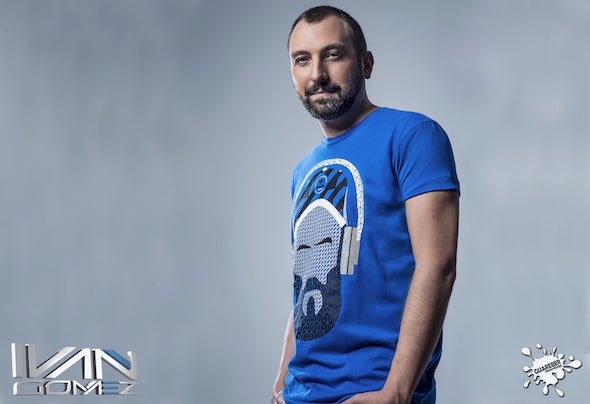 Ivan Gomez, a native of Barcelona, is a very much a Spaniard in heart & mind, having all the passion & drive of his fellow country folk and this is no better expressed than through his love of music during his 14 years of dj career.So being so active in the studio & producing some quality works.On 2010 Ivan create is own label "Guareber Recordings" ,and had a hardly working remixing tracks on different big labels at same time;like Twisted Usa,Matinee Recordings,Sorry Shoes and many more.Some of this tracks was included on last Circuit Festival/Matinee/Nervous & more compilations since now.Back to the D.J.’ing & Ivan shares his time mainly around Europe and South America His mixture of various house genres that include tech- house, progressive,tribal , minimal & underground, tinged with uplifting vocals from time to time, go down an absolute treat wherever he plays. Recently on 2011,he achieved the number one on the prestigious BILLBOARD list in USA,with a remix of Yoko Ono "Ono- Move On fast" ,released on Twisted Recordings Usa. Just now on summer 2012 was released an official remix for Offer Nissim feat Maya -I ́m in love (Nacho Chapado & Ivan Gomez remix) on Star 69 Usa.New remixes of Star 69 classics will be released soon with his remixes.Ivan Gomez Dj & Producer GUAREBER RECORDINGS BOOKING CONTACT ivangomezdj@hotmail.comFACEBOOK FAN PAGE: www.facebook.com/IvanGomezFanPage TWITTER: www.twitter.com/IvanGomezMusic SOUNDCLOUD: www.soundcloud.com/ivangomezmusic GUAREBER RECORDINGS: www.facebook.com/guareberrecordings