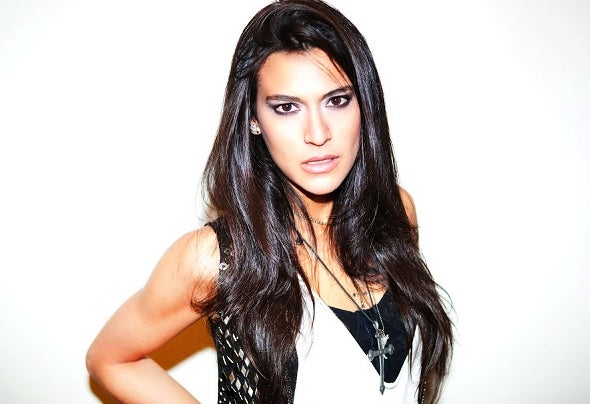 From the country that brought the world Shakira and Erick Morillo, Colombia's Dj Theresa is the perfect amalgamation of the two superstars - a talented musician and a dangerously energetic DJ. Named Best Female DJ of 2009, it’s to no surprise that she is the resident DJ for W.I.P. (NYC), Lima (DC), Moomba (Montreal) and MAT INÉE -- the biggest party in the world direct from Barcelona and Ibiza. She has headlined some of the most important parties worldwide including MATINÉE (Ibiza, Las Vegas, Miami, NYC), Sao Paulo (Brazil), Prism (Toronto), and Arena (LA) to name just a few."I will do anything to make you move...anything," says DJ Theresa half jokingly as she plays a rhythmic beat on her bongos during a WMC rooftop event amidst a stunning view from the top of the prestigious Fashion TV Rooftop Building. As usual, within minutes of getting behind the decks her energy spreads like a wildfire.By the age of 14, Theresa was already composing her own music, was part of several independent rock bands, and had played at Miami's hottest venues as a live percussionist. Both a lyricist and musician, Theresa has now released remixes on top labels including Ministry of Sound’s Global Underground, and her infectious, chart-topping mixes are played by top DJs all over the world.