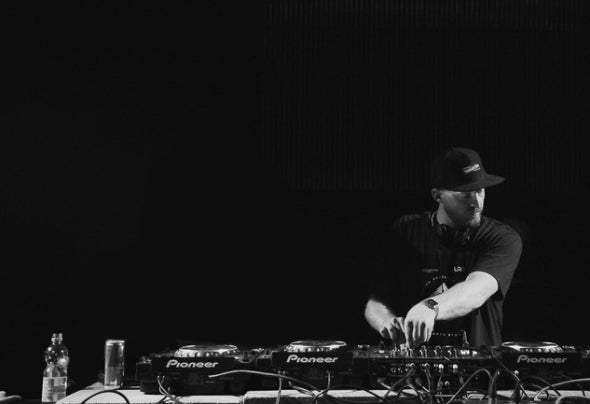 29 years old, ginger-bearded and an Austrian guy you should definitely keep on your radar, when it comes down to looking for an all-round talent in the Drum and Bass scene: the man to hit up is DJ Dorian.With his early beginnings in producing, he felt that his releases should be put in the limelight. That’s when his career as a DJ started and his tunes began to thrill the masses. Backed by the instant support of the crowd, he jumped at the chance and released a fittingly named EP, “Jump up”, as his Debut in 2014: Whore Island EP on Switch! Recordings.Once he had the ball rolling, one release followed another and several labels scrambled to get a piece of him: His tunes came out on New Playaz, Mainframe Recordings, Smokescreen Records, Hangar Records, Animated Records, Audio Danger Records, Hoover Bass Recordings, Innerground Records, Gun Audio, and in:deep. As he had built up a reputation, his tracks got supported by well-established names of the DnB scene, like DJ Hype, The Prototypes, S.P.Y, DJ Bailey, Rene LaVice, Nicky Blackmarket, Tyke, Zen, Jaydan, Rawtee, and many more.He also currently sets the popular event series “Pusztabeats“ on fire, as he agreed to hold his first position as Resident DJ.Always a welcomed face at clubs local or abroad, he himself states that he doesn’t want to nail himself down to specific subgenres, which his diverse supporters are pleased with, is plainly audible when it comes down to the producer’s œuvre. Certainly an easygoing fellow with a knack for homemade perfectionism, we will surely hear about him in the years to come.