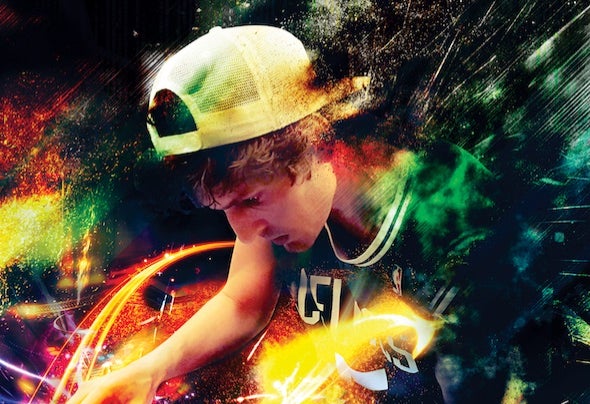 Known for his high energy 4 deck, scratch laden DJ sets and earth shattering production, Erb N Dub (Peter Chapman) is an artist that is going from strength to strength. With releases on Ram and Elevate plus being sponsored by Yamaha Erb N Dub is making waves throughout the music industry. Example, Harry Shotta and Dynamite MC have featured on his tracks and he has remixed many leading artists such as DJ Fresh, Foreign Beggars, TC and The Prototypes. In the past three years Erb N Dub’s music has received huge support from BBC Radio One with over 100 radio plays plus guesting on both Friction & Annie Nightingale Radio One shows. He also receives regular support from UKF & SBTV. Erb N Dub is part of the Brighton based DNB act Killer Hertz. They have racked up over 7.5 Million Spotify plays & remixed Fatboy Slim, Matrix & Futurebound, Friction, & Example. Killer Hertz performed their live band at many major festivals including Beats For Love main stage, plus various sell out DJ sets across the globe.