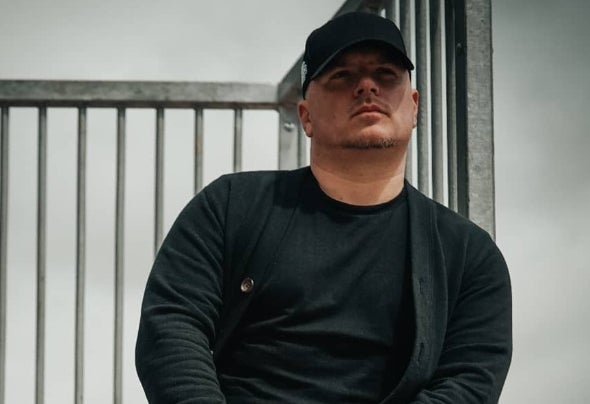 2Shy MC, a name given in irony a fact that becomes evident when he performs. Blessed with an ability matched by few and a versatility to work across all spectrums of music it soon becomes apparent that this well established and supremely talented MC has very little of the shyness about him. The Amp Man, The Compare, The Host and much more, with his unique style of delivery and a lyrical content that’s fresh, upfront and relevant, where he spits “The reality known to him” he not only has an innate understanding of the music and what the DJ plays but the ability to connect with the crowd and link them together as one. An MC who is respected and loved in equal measures by the DJ’s and ravers alike is a rare thing indeed but 2Shy does this with ease due to his natural talent and stellar stage presence. He has been perfecting his craft for a number of years and in 96 2Shy became resident MC for Dylan & Facs earlier imprints Biotic and XXX Recordings, he was soon touring as resident MC with these labels throughout Europe and the UK. In ’99 2Shy teamed up with good friend and Producer / DJ Mechanism becoming a DJ/MC duo representing MC GQ’s ‘Emcee Recordings’, It was around this time he secured his residency at Fabric Live which he still holds to the present day. It’s been a steady climb to the top of his game which has seen him perform across the World with the likes of Andy C, Noisia, The Prototypes, Killbox and more as a host of main stage performances at festivals including Glastonbury, Global Gathering, Creamfields, SW4, Reading and Leeds, Shambala, Ultra, Outlook, Rampage, and Animalz, as well as appearances at the World famous Amnesia in Ibiza. 2Shy is an MC in great demand with the talent, versatility, professionalism and ability few poses in such great measure and so it is easy to see why he is the current MC of choice for many well established Drum & Bass acts.