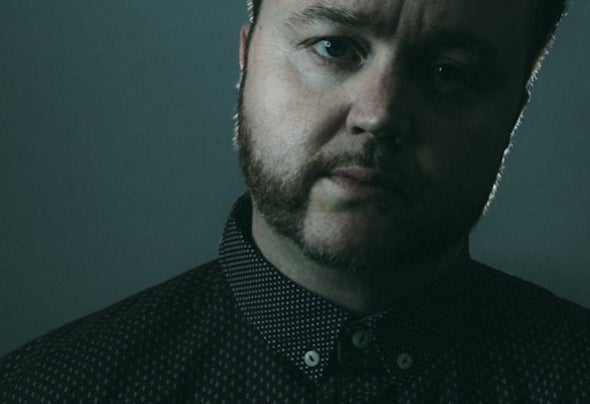 DJ PHANTASY Biography Written by Jon Brown PR Infamous drum and bass visionary DJ Phantasy has over twenty years experience as a DJ, Producer and Event Promoter. With addition to also being owner and director of the successful Easy Records label, Phantasy has produced some of the biggest underground drum and bass singles in the scene’s history. Both as a Producer and as a DJ, Phantasy's concepts when it comes to original music have always been profound. His tracks are highlighted as thought provoking and always on the forefront of the cutting edge of drum and bass mastery. Consistently featuring the freshest co-producers, vocalists and collaborators, Phantasy's well trained ear means his musical choices as a label manager, artist and DJ have kept him squarely at the forefront of the scene. This without doubt can be further proved by the consistency of his DJ diary which sees him playing live at some of the biggest parties globally including ‘Innovation’, ‘Warning’, ‘Random Concept’, ‘One Nation’, ‘Moondance’ and many, many more. You’ll also find that Phantasy is in fact an integral part of the now infamous ‘Harry Shotta Show’ too which has been enjoying international success on stages Worldwide, including that of Slammin Vinyl’s award winning 10,000 capacity ‘Westfest’ event, in which, the show has been booked already for a return visit, way ahead of the event’s October 2014 date. In fact, if you can name a drum and bass event brand, there is an almost certainty to the fact that Phantasy will have played at it. From mentoring and working alongside artists such as Harry Shotta and Macky Gee, to challenging award winning artists such as Mark Breeze to push the boundaries of crossing musical borders with fantastic results, there really could not be a better person to represent the drum and bass scene and bring the creative talent required to present that message to an international audience. His most recent achievement, the completion of his mix on the newly launched ‘X-Treme Drum ‘N’ Bass’ mix compilation, presently under the release of award winning label All Around The World and distributed by the mighty Universal Music TV outlet is set to be one his greatest accolades yet. The album is the debut of a brand new series expected to entertain millions, as it is the first compilation of its kind on the label to be sold Worldwide. This particular project has given rise to the commissioning of a weekly television show on the label’s widely viewed Satellite & Cable television channel, Clubland TV upon which both Phantasy and Breeze will host a programme together. Working tirelessly through the creation and evolution of underground rave music's very beginnings to its most current state at booming road blocked venues Worldwide, Phantasy has been at the nerve centre of the dance music movement since it started taking shape at the back end of the 80's. Quite literally in amongst rave's main central hub, Phantasy consistently took pride in aiding in the scene's development, along with fellow legendary producers, artists and promoters of the time, of something that can only be described as magical. His Twitter Biography simply states “Involved with more things that you may realise” and as vague a statement as that may seem, there's a much larger truth in it, whether that be co-producing a track with a fellow drum & bass heavy hitter in the studio, to working on the production of a globally distributed album or from guesting for Hype on Kiss FM, covering the infamous Uncle Dugs on Rinse FM or hosting an album launch party show with Breeze, Shotta and Whizzkid on Rough Tempo that broke record numbers of viewers and listeners in one night, making for one of, if not the biggest show in the station’s history to headlining stages internationally; Phantasy's legacy has been the firm foundation upon which he has built a drum and bass empire and one that continues to grow in strength by the day. Jon Brown, February 2014