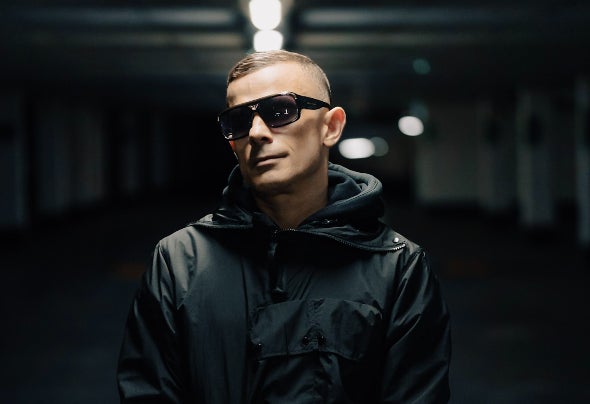 From his first appearance as the youngest mic man on the circuit to his current status as one of the defining voices of UK rave music, Shabba has accrued a CV full of unmatchable achievements. There's the legendary Shabba and Skibadee SaS combo which tore up dances in the nineties, eventually leading to the world-conquering behemoth SaSaSaS. Spawning hundreds of imitators and regularly name-checked as an influence by the elite of UKG and grime artists, Shabba's place in the pantheon of British mic talent was assured from early. But it's always been about more than just the bars. Above and beyond his ultra-catchy lyricism and rave-hyping stage presence, Shabba's talents stretch across all aspects of the scene. As a promoter, he's been behind some of DnB's most iconic brands – including the likes of Highly Blessed, Sticky and MC Convention – most recently his Shabba D & Friends and Off Da Hook projects. And he's been instrumental in creating opportunities and platforms for others, as evidenced by his Higher Level crew, a hand-picked selection of some of the hottest new gen artists around. You see, that's one of the things that makes Shabba special. He creates musical connections. Between one generation and the next, between one genre and the next, between one style and the next. He's had a thirty year career without ever being consigned to the old skool and he's still connecting with the latest crop of DnB ravers. He's even connecting music to his other passion of fishing with his Rods, Reels & Bass web series. No wonder acts as disparate as the Sex Pistols and the UKG Allstars have called on Shabba to bring some hype to their stage shows. And of course, he's got an ever-growing discography. His 2021 'True Colours' EP, released on his own Higher Level imprint, featured a host of emcee talent including Mr Traumatik, Endo, Tanz, Swifta and Skamma, laying out the blueprint for a new era of vocal-focused drum 'n' bass music. With a booking diary as rammed as ever, iconic status across the whole UK urban music scene, the ability to roll out authentically on anything from classic jungle to upfront jump up or pretty much anything else, and with an entrepreneur's attitude, it's time to get very excited for what Shabba's got for us next. The levels are about to get even higher.