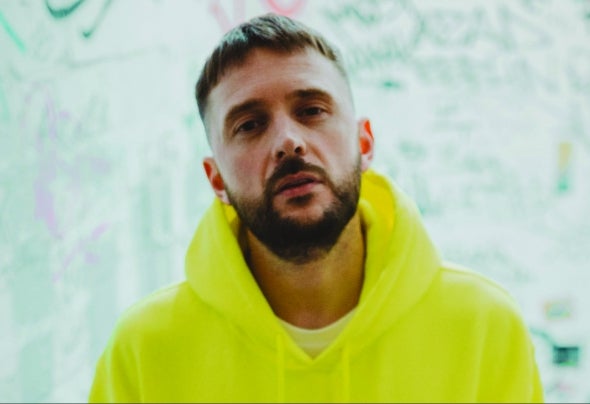 Having dominated the world of competitive turntablists ESKEI83 naturally injects a hip-hop slant into every piece of music he touches. It’s clear from the millions of streams he has amassed that he excels at translating the frentic energy of his DJ sets into throbbing bassline fueled madness with an impeccable sense of crafting moving melodies. It’s this ability to balance the grit of the underground with what moves the masses that has made him uniquely positioned to dominate the world of trap and dubstep. And with dance music’s most iconic entertainers like Diplo, Alison Wonderland, UZ, Salvatore Ganacci, 4B, and What So Not all bagging his beats, plus releases on seminal labels like Flux Pavillion’s Circus Records, it’s clear that the fans are here for it. ESKEI83 is recognized throughout the world as one of Germany’s most honored and unrivaled DJ exports. His blend of sub shaking bass and mind-bending turntablism has made him a sought-after DJ who has destroyed clubs and festivals from China to The States, India to South America, and Africa to Europe. The 8-time DJ battle winner was the first German DJ to be crowned a Red Bull 3style World Champion. While he possess a well- honed talent for completely demolishing the decks, ESKEI83’s equally matched skills in the studio have allowed him craft bottom heavy bombs that have shaken the subs of countless clubs and festivals. His singles have amassed tens of millions of streams leading to What So Not personally tagging ESKEI83 for an official remix of his smash hit “Beautiful.” His Future Bass anthem “Rave” is his largest tune to date. Not only has it garnered nearly 10 million plays on Spotify, Make no mistake, bearing witness to a live ESKEI83 set is an experience like no other. There’s no pointless knob twiddling for show. His movements are purposeful, and showcase his years of experience as a turntable technician. He truly believes in the idea that “Real DJing is not dead.”