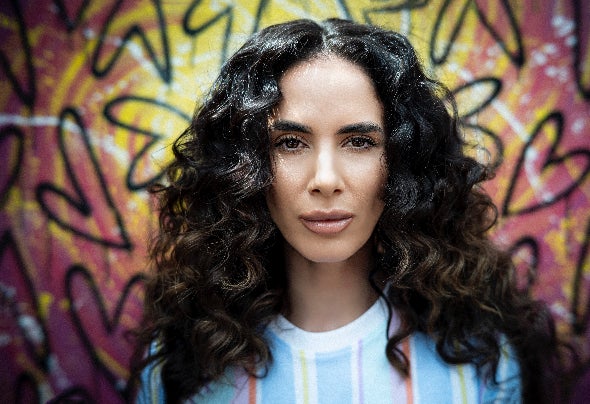 Dani Senior is a London-based multi-platinum selling songwriter, artist, DJ, vocal producer and engineer. She is notable for her versatile writing style and has written for, and collaborated with, artists across a range of genres, including Plan B, Wretch 32, Shenseea, OFFAIAH, Sander van Doorn, Menrva, Burns, Kideko, James Hype, Forest Blakk, Rationale, Michael Gray, and for K-Pop superstars such as TWICE, SHINee, Jolin Tsai and Kara, and even for Gareth Malone (as Music Consultant/Assistant Songwriter) for the Invictus Games Choir in 2016 and again in 2020 on The Choir, Aylesbury Prison. As a leading light in the EDM arena she featured and toplined on hit singles such as ‘Run This Town’ for OFFAIAH, (nominated for Best Single and Best Newcomer at the Urban Music Awards UK), ‘Tell My Heart’ for Nora En Pure and ‘Need to Feel Loved’ with Sander van Doorn & LVNDSCAPE. As an artist she recently teamed up production duos from Northern Ireland Glass Keys and Menrva, to release her single ‘Unwant You’, on the esteemed Swiss EDM label, Sirup Music. ‘Unwant You’ has already received early support from Kiss FM, including prime time plays by Majestic and Billy Da Kid. This follows on from her recent releases including ‘Way To You’ with Doctor P, and ‘Get No Better’ with Eskei83 and ReauBeau which landed a major sync deal with Oral B for the US/Canada, both songs were released on the label owned by Doctor P and Flux Pavilion, Circus Records. She has several singles scheduled for release over the summer of 2021 on Ultra, Soave, and Sirup.