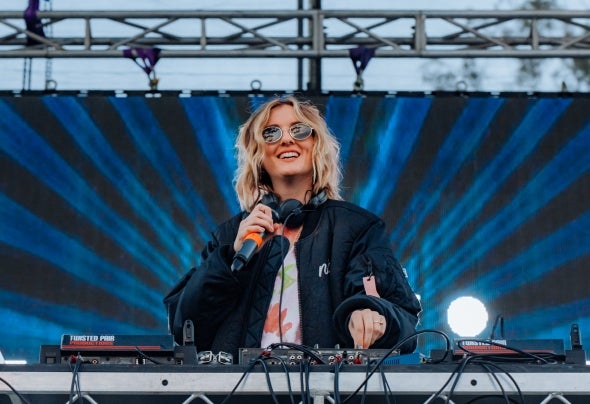 KLP, real name Kristy Lee Peters, is a talented force of the Australian music industry, with credentials that cement her reputation as a multi-faceted industry heavyweight. Between writing and recording her own music, co-writing for other musicians and collaborating with local and international artists, KLP also found time to host the country’s biggest Dance Music radio program, triple j’s House Party every Saturday night for 5 years – getting to know the Australian audiences and party with Australia once a week. Kristy recently left the number one youth broadcaster to focus on her own releases including her debut album in 2019. KLP is regularly called upon to collaborate with some of the biggest, most influential local and international names in the music industry. This has included songwriting collaborations and vocal features including recently on the viral hit ‘GOH’ her collaboration with Skrillex and What So Not, she has also worked with Slumberjack, Snails, Goldelds, Zimmer, The Presets, Set Mo, Thandi Phoenix, Nicole Millar and more. Outside of highly successful collaborations, KLP’s own music has garnered millions of plays online with tracks like ‘Ember’ and ‘Recover’ {ft. Remi} and more recently releasing singles ‘Carried Away’ {ft. Milwaukee Banks} and ‘Venus x Mars’ independently through her own label. Her singles from her debut album including ‘Under the Influence’, ‘Heater’, ‘Push’ and ‘Giver’ feat Dena Amy have garnered hundreds of thousands of streaming and been featured in NMF UK, New Dance Beats and key US dance playlists. In recent years KLP signed with internationally acclaimed music publishing company, BMG, as a songwriter. However, it doesn’t stop there, with 2019 la huge year for KLP from multiple national tours to releasing her debut album and high-profile collaborations – KLP is one of the most exciting names in Australian dance music