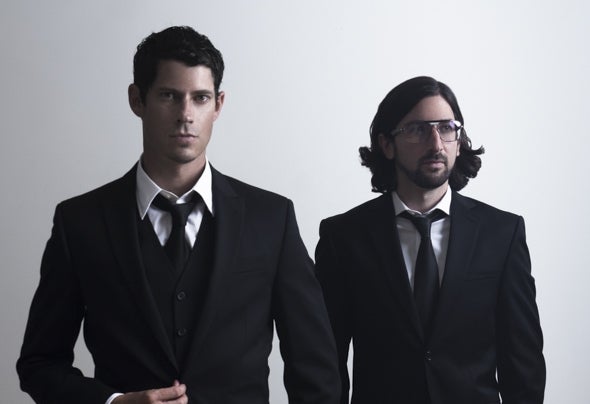 Big Gigantic, whose blend of mind-‐bending beats, thunderous bass, and frenetic melodies has developed a rabid following since forming in 2008, have taken their sound to yet another dimension with the release of 2014’s 'The Night is Young.' The album, by Boulder, CO-‐based saxophonist/producer Dominic Lalli and drummer Jeremy Salken, features Cherub on it’s title track, as well as an eclectic mix of tracks that span genres from electronic and dance to hip hop and electro soul.With a provocative sound that's as thoughtful as it is danceable, Big Gigantic weaves whirling melodies into addictive beats and samples that wouldn't sound out of place on a Kanye West or LCD Soundsystem single. No genre is off-‐limits for Big Gigantic, whose breakthrough sound channels everything from funk and dub-‐step to house and hip-‐hop.After graduating with a master's degree in jazz at the Manhattan School of Music, Lalli relocated to Boulder and began performing with Salken, experimenting with the idea of interpreting traditional DJ-‐based music with live instruments. The duo built up early hype in 2008 with local shows and one-‐offs around the country before releasing their debut album 'Fire It Up’ in 2009 and embarking on a full US tour.Already a smash on the festival circuit, Big Gigantic's transcendent live shows are a showcase of brilliant improvisation and a tightly-‐knit bond between Salken and Lalli, who breathlessly alternates between keys, sax and laptop, building a futuristic wall of sound that keeps the crowd on its feet. The marathon shows feature a variety of songs new, old and unreleased, as well as outside-‐of-‐the- ‐box remixes. Big Gigantic is currently touring nation-wide in support of ‘The Night is Young.