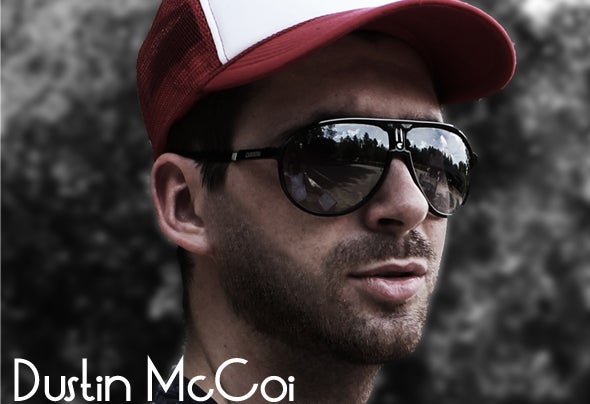 Dustin McCoi's first experience with electronic music was more or less accidental. Inspired by hearing Chris Liebing play percussive style beats at tape, Frankfurt U60 Club at the age of 17, he decided on the spot that this would be his future. Dustin McCoi was born in 1983 and from a very young age he was Inspired by his musician father, what played as drumer in a musical band, who introduced him to a drums instruments and rhythms with his . but after his dancefloor epiphany he bought a pair of Technics and learned how to mix. Within a short period of time spent developing his DJ skills, he began officiel 2000 playing in small clubs and parties around his city and in Germany to perform his style of Techno.Not content with limiting himself to DJing, Dustin McCoi began learning the arts of production, drawing on his musical roots to craft his own unique style of Techno. But then he discovered the musical side of techno to something softer and ever- changing and was invented, i n the direction of minimal techno and techno / house. recently he began to change his dj style, while his production style music in this direction. After years of djing and producing Dustin decided finally to publish McCoi his own music laber which names Tengu Recordings. so he tried himself, and of course to give newcomers a chance to be realized. Dustin McCoi gives his own contribution to techno, launched in 2011 Tengu Recordings