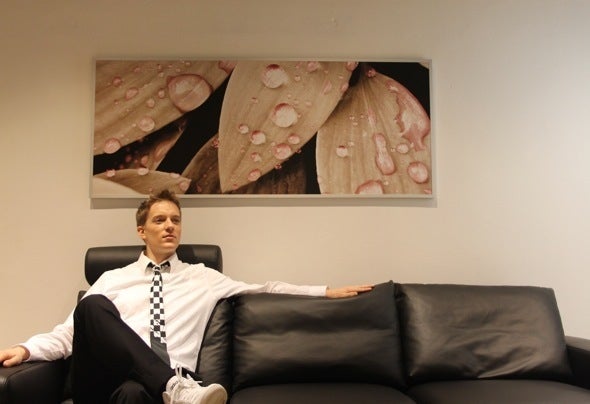 Born on October 1983 in Germany, Adam Schock displayed a keen interest in music from a very young age. At only 6 years of age he enrolled in drum lessons at a music school in his home city of Frankfurt. Shortly thereafter, he got his first stereo system, which made him discover his fascination with technical equipment. His first recording projects were adding rhythmic accompaniments to songs by Kraftwerk, Dire Straits, Pink Floyd and many others. This awakened his passion to mix and alter various genres of music into his own style, allowing Adam to create something fresh.When Adam turned thirteen he and his mother left Frankfurt to move to a small, but nice, village near Wetzlar. At his new school he immediately became a member of the school band, handling drum duties at first then moving onto sound engineering. This helped Adam realise that he wanted to start an apprenticeship in event technology once he had finished school.His apprenticeship provided him with the necessary additions to his arsenal of equipment, enabling him to showcase his DJ’ing skills at a great variety of events in the region. In the following years he attended various parties that had a major impact on him. He was a regular guest at numerous clubs from Kassel to Frankfurt, making contacts and broadening his musical horizon.Inspired by artists such as Krikor, Ark, Pierre & Marky, Akufen and Matthew Herbert, he decided to try his hand at producing electronic music. Slowly but surely, he developed his own distinct style, from a blend of techno and house all the way to downtempo and ambient, characterized throughout by minimalist and atmospheric sounds. In 2009, he founded the record label Tonarm Records, to create an outlet for his creativity and to give other young talents the opportunity to publish their music.