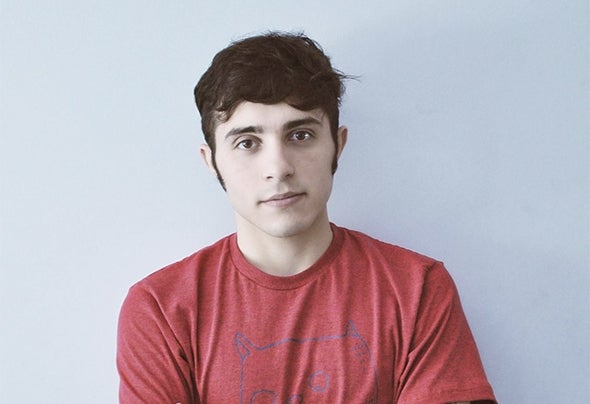 Franco Vizzo is an Argentine DJ and electronic music producer. He is recognized for his work in genres minimal, techno and house. Vizzo was born in the city of Rosario on 24 April 1990. When he was 14 years old began to grow his interest in music and started taking bass lessons. Since 2007 produces electronic music using a laptop with sequencer Ableton Live as the main tool , Franco was inspired by Ricardo Villalobos and other artists like Boo Williams, Depeche Mode, Giorgio Moroder and Moodyman. The exponents of Jazz, Hip-Hop and Pop are also great influences in his compositions. In 2013 he created a record label, Pupas Records, which publishes the leading exponents of the local underground scene. In 2014 launched the single "unless Your Memory" (vinyl format),on the label Get Slow commanded by Deep Mariano and Adi Dumitra. This theme was selected in 2013 by John Digweed for presentation at the number 476 of his radio program Transitions. He has also participated on radio programs like conversions and stereo wax, transmissions on frisky radio and frecuencia zoom from buenos aires. His first public presentations were sessions live electronic music where Franco played his productions based on a fusion between virtual instruments (software) and drum machines (hardware) . Currently Vizzo integrates a female voice to the presentation in Live format. A precise selection of themes and subtle blends on the dance floor allowed this young DJ play at the best club in his hometown and share cabin with artists like Franco Cinelli, Deep Mariano, Jay West and Jorge Savoretti.