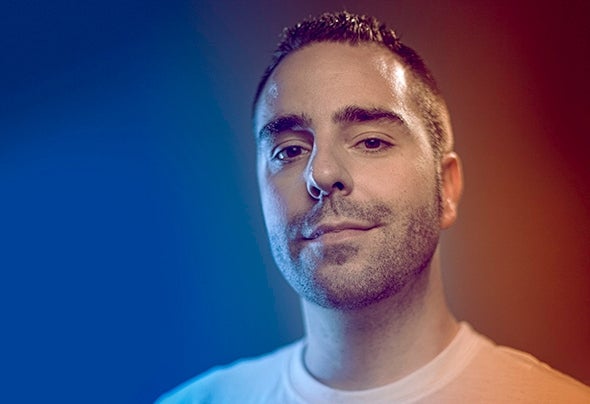 I’m One D, born in Girona where I grew up listening to Supertramp, Michael Jackson, the B-52s and other iconic artists and groups that used electronic sounds in their productions - these are the sounds that first caught my at t ent ion. When I lat er lived in Mallorca I was hugely influenced by the purer house beats of the time, especially those originating from the UK, such as speed garage with it’s bouncy bass lines, as well as funk. Daft Punk, Prodigy, Chemical Brothers, Cassius and Mr. Oizo all quickly became essential listening for me.On returing to my birthplace Girona I discovered techno in clubs such as Florida 135 and La Sala del Cel. My passion for electronic music took me to studying music production, allowing me to develop my skills as a DJ and producer and moulding my own musical style.The mix of different influences came to light during my residency as a DJ at Blau Club; energy-filled sets punctuated with my latest studio creations. It is there that I met my two strongest supporters, and friends: Dosem and Mootiv.As a producer I have done work for promotional shorts (Girona Fixed Gears, Hotel W Barcelona), allowing me to experiment with various musical styles and developing a more organic approach. In February 2010 I released my first EP for Soundfate (titled Resilence) - a moment of great personal achievement and life change. The track was very well recieved and quickly came to represent my abilities.Since then I have done remixes for Sincopat, Espai Music, Pild Records o Nostrax, experimenting with a deeper, jazzier sound. I continue working on projects and collaborations - for me the key to good production is the inspiration you get from creating withothers.I hope that you enjoy my music!