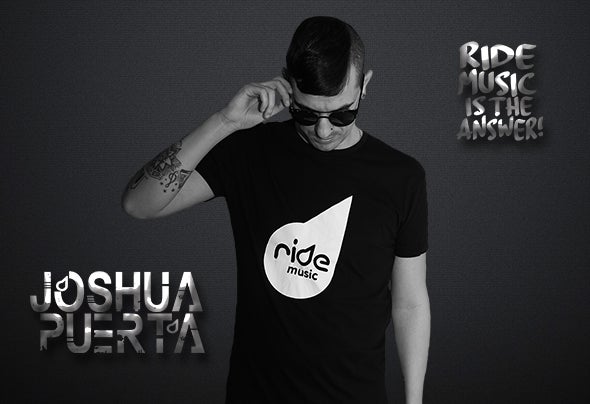 Joshua Puerta is a young, resident disc-jockey from Asturias (Spain). In 2006 he was introduced to people, Playing at a local club in his city- Pola de Siero. Here he began his journey as a resident and from there on a gap was created in the Astur scene. Joshua, who has also been ranked as one of the best djs for Vicious Magazine, developed and started participating in local festivals like "Eo" where he would share cabins with names as such as David Herrero, Paco Osuna, And Gaiser.Today he is consolidated as one of the revelation producers, editing on labels such as Deeperfect Recordings, Dfloor Music, Go Deeva Records, New Violence Records, Monza Ibiza Records, Sk Recordings, Lemon Aid Music, Kowloon Records, Makossa Music, Flow Musique, Beat It Music, Cabana Music. Patent Skillz. High Presure Music, Illogic Music. Kiss My Beat, Speak Music, Cream Music Records, Desert, Cloning Sound Records, Autark Records, Antura Records, Push Push Music, Two Owls and Love The Underground.In June 2015 he decided to make the jump to the infamous white island of Ibiza, Playing in places like Tox Club in the prestigious resort Destino owned by Pacha. He played at beach clubs like Kiosk, and Km5 in san josé. Also spent time in The studios of Ibiza Global Radio to present his latest work.In 2016 he made a huge leap in his career reaching number 1 in sales for Traxsource in the Minimal & Electronics genre.He debuted as new talent for the great brand of Marco Carola-It's All About The Music (Music ON)And undertook his own radio show on Ibiza Global Radio, Ride Music Radio show.