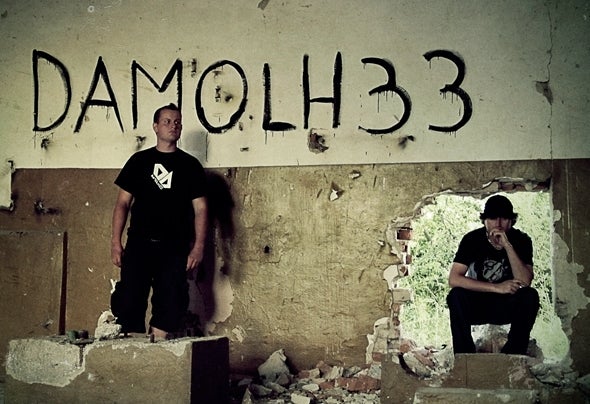 Gabriel Bernath aka Damolh33 was born in Orechova Poton, Slovakia. From a young age he showed a passion for music and this passion started to materialize during 1999. He started playing in local clubs and after a few years began to produce tracks with his brother Mikulas, especially in the genre of Minimal Techno. Their music has been influenced by producers as Camea, Magda, and Move d. Gabriel has released music on his local label LFB, many tracks of which have been proven success on the dancefloor. Damolh33′s preferred style varies from techno, minimal to more experimental and ambient sounds and his music is regularly played by heavy weights such as Richie Hawtin. Having played regularly at such underground clubs as Subclub and Radost in Bratislava or the Bee Free festival, Damolh33 is definitely a break through artist of 2010 and one to look out for in 2011.