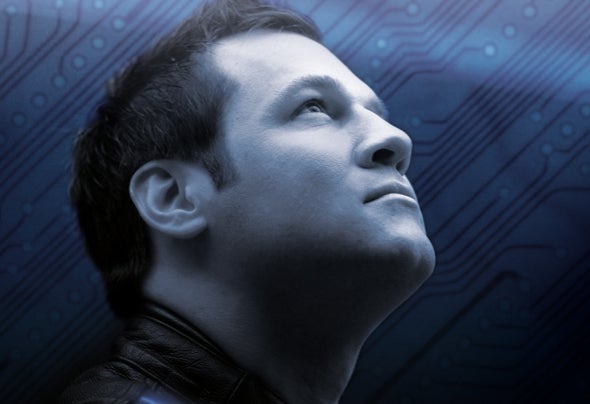 Dustin Rocksville makes active music since 1991, and posted a successful career as a Hip Hop Producer, Songwriter, Rapper and DJ. He worked with Rolf Hanekamp, Derezon (Spezializtz), Runnex and the Freak Moe Squad ("We Rock Tha Business") together, with whom he had several publications. In addition, he also was with his Band DARKMOON with 4 songs simultaneously worldwide in the top 10 of the BeSonic Charts and even made it with his Song "Imperium" into the MTV Newcomer charts. By the way, he produced with his father in different recording studios demos for various artists from the rock / pop / musicals genre. 2002 he resigned from his Hip Hop career and devoted himself to the Electronic Music. With numerous appearances at clubs, he made his name as a solo artist as well as a DJ Duo 2electric with his team partner Steffan Herold. They've played with Big Names like Tube&Berger, 2 Elements, etc... in front of 3,000 people open air. Today Dustin Rockville puts his focus on producing, remixing and songwriting and is also still active as a DJ. The combination between 80s French House and Tech House elements, makes his style a kind of „futuristic" and special. With his debut single "Music Machine", which he released at the end of April 2011, he showed his own true style of sound. In addition his summer single "Mister Trumpet" has been played on some radio stations. After a couple releases Dustin Rocksville introduced his single „Y.O.U“ on the Farbgefühle Festival 2013 open air in front of the crowd of 4000 people… https://www.facebook.com/dustin.rocksville