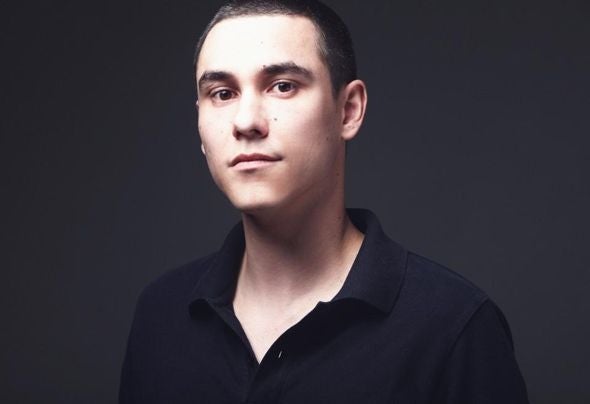 Yan Garen (Known as Yan Wailsh) begins his career as a 13 years old boy, his interest in music comes from his father who performs with a local instrumental music group. Very fast, Yan discovers the finest House music on the Radio, at this moment, his perception of life changes and being 14 he begins to work as DJ in private parties. Yan plays for local events for a very long time. In 2010 he begins to produce his own music and some personal remix in association with DJ Talel, a great Tunisian DJ. Yan starts to work with Ableton Live and later with Logic Pro. In 2011 Yan finds his primary music style, he does remixes in soulful house, deep house style with great acapellas and vocal samples. In his journey with music Yan becomes even more inspired when he meets David Hoffmann, the Resident of the Cucuma Fabrik in Germany, a great DJ who loves deep house and soulful music. Yan gets the opportunity to play at this Club soon for a Warm Up. In 2012 he becomes resident DJ there. At the same time he participates in creating a music group called "The Fakies", which includes Matt Paris and David Hoffmann. The music style of this group is more commercial (Club House and Dance). March 2012 Yan brings up a freaky house Track with David Martini which gets signed by the German label "Emun Music". July 2012 he signed with Antoine Clamaran's Label "Pool e Music" for his Track "Temptation" in co-production with Matt Paris. Current 2012 he signed other Club Tracks and Remixes on Emun Music and he collaborate with some other Producers like Mute Box, Nanje, Claudio Viti, Franki D, Leana Layne and David Martini. Some Tracks will be supported by many DJ's all over the world and will be played at Clubs, Radios, etc... He gets also the first place in the 2012 TOP 20 on a Canada Radio for his remix from Gotye in collaboration with Angelo Salomone. Yan gets the oportunity to play on AntennaSud Radio in Italia and on MixFeever Radio in France. Begin 2013 he collaborate with Marlena Gendis, Phonic Lounge and Sean Finn for THE FAKIES, he works on new projects, Tracks and Remixes. Summer 2013 Yan collaborate with Dj Mark One, he makes a remix wich gets signed on Stoney Boy Music (StoneBridge Label), and at the same time, Yan is requested to do a remix for Jane Vanderbilt wich gets signed on Sheeva Records Miami. The Fakies have also done some Tracks, great collaboration with Emily Doreen, Swane and Franki Love. End 2013, Yan collaborate with Lydia Scarfo, the Track called "Fever" gets signed on Sheeva Records Miami and will be remixed by Doozy, Mikeandtess, Kristof Tigran and Matt Paris. This release was also supported by many radios such as RGA Radio (France), Radio Monte Carlo (Moscow), Fierce Angel by Mark Doyle (UK - Hed Kandi), Kiss FM (Australia), and more ! Begin 2014, Yan collaborate with Maya Wolff, a talented singer from Germany, the Track called "If The Sky" is signed on Emun Music, this release includes remixes by Doozy, Dimi Stuff & Mcastaway, State Line. February 2014, he is requested to do a remix for Aron Scott and Bibi Provence wich get signed on Ron Carroll Label "Electric Disco Pussy". After many years of experience in music world Yan can produce great soulful and deep house tracks or even other more commercial style and club house tracks. His favourite quote : "When the music makes your life" is shining through his own life .