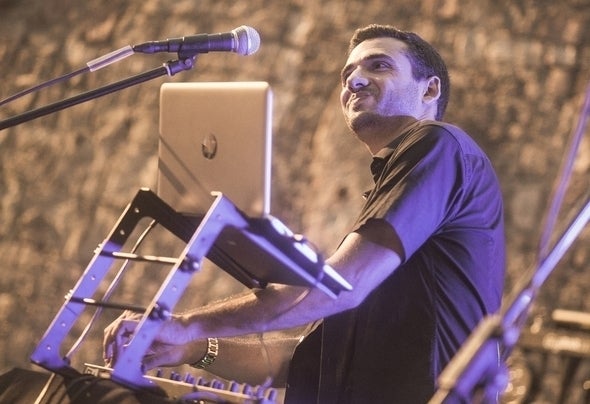 ALM, born Adrien Lammoglia, is mastering sound engineer, beatmaker and artist producer from Montpellier, France. Early on, he started writing and composing, but his career really began in 2008. After several self-produced projects, ALM opened a first production studio in 2012 in Avignon. Then, he specialized in mastering and opened a dedicated studio in 2014 in Tours. It is in this city that his label ALM Productions was born. It allowed the release of several projects of rap and reggae. In 2016, ALM moved definitely to Montpellier with a brand new mastering studio, an enriched label, and the ambition to develop an international career. Subsequently, he released the international compilation Above the Clouds in 2017 gathering twenty artists from all continents. 2018 was the most productive year for the label. In just one year it released the EP Beauty for Freedom featuring five emerging artists from the international RnB and Hip-Hop scene; an EP of deep house remixes of the rap single Twerk produced in 2016 with Vaskez Malakay ; and the mixtape Tha World Tape mixed by DJ BigMat with sixteen emcees from around the world.