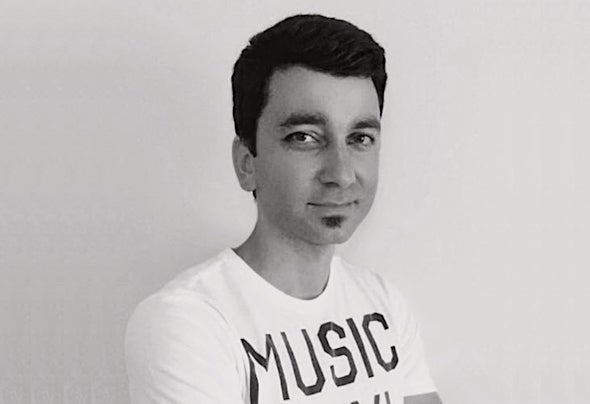 Born in Izmir and raised in a highly artsy surrounding, Irmak was deeply engaged in drawing and various other visual arts throughout his youth. Meanwhile, his father‘s career as a disk jockey, and a heavy dose of western music influence at home, sparked his artistic development and caused a gradual shift toward sound. An ever-growing interest in music led him to create a workstation with a simple combination of cassette players and a pair of speakers so that he could start exploring techniques in mixing, recording, and editing sounds in his own unique way. At the age of 16, he kick-started his solo disc jockey career and conveyed his selection of music to the crowds at several suburban clubs. Concurrently, after investing in his very rst computer, he switched from his analog setup to a digital audio workstation and began deepening his understanding of electronic music production. During his university years, Irmak worked as a disc jockey and sound-&-light technician at a number of clubs and hotels. In 2009, he graduated with a bachelor’s degree in economy. His track “Sun Glitters” was awarded the best track of the week by Spinnin’ Records, a well-known Dutch record label, in the summer of 2016. Irmak moved to Germany in 2017 and began his formal education in music at a globally-recognized audio engineering school, SAE, to gain in-depth theoretical knowledge and technical proficiency. He wrote a detailed essay on the FM-synthesizer programming with Max/MSP. At the same time, he enhanced his skills in visual programming software, gaining proficiency in Max/MSP and Pure Data. In 2018, he established his own label, Akan Recordings, and began releasing his works. Initially, he produced works with the characteristics of progressive trance. Over the next several years, he broadened his array of genres by gradually shifting to house music and the more sophisticated electronica/ambient styles found in his experimental works and remixes.