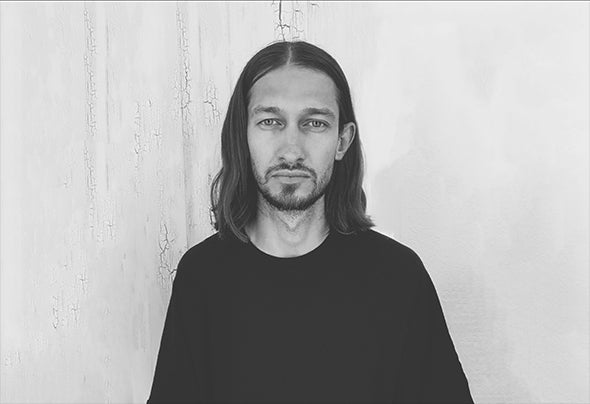 Sasha Koloniari Ukrainian DJ and producer based in Kyiv. The style of his work is electro, techno and house with elements of acid. He started his career in his native Mariupol, when back in 2010 he got acquainted with the Ableton program, to which he is devoted to this day. After 4 years of rich and vibrant festivals and parties in which he took part as a DJ and organizer, he leaves his hometown and moves to Kyiv. In 2015, he began to work closely with the label Vesna Recordings, which is managed by his friend and countryman DJ Yaaman. In the same year, Koloniari released a watershed EP for him called The Soul Inside, which received great support from many famous colleagues around the world. He later joined Dubai's Fingers Crossed Records where he was responsible for management and releases. At the end of 2017, he meets Oscar P, the boss of the Detroit label Kolour Recordings, which released such big whales as Delano Smith, Crazy P, Kruse & Nuernburg, KINK, Aki Bergen. For Kolour Recordings and sub-label HEAVY he writes two tracks The Rewind and Gutteral respectively. In 2018, he founded his own Middlecase Records, where he releases local artists and his own music. In October 2021, the track Egregor was released on vinyl in the compilation of the Brussels label Parallel Universe, where he was accompanied by such guys as JEKU, Komponente and Kurilo. Today, Koloniari's track record includes more than 30 author's releases and performances on the air of 20FT Radio and DeepFlat.