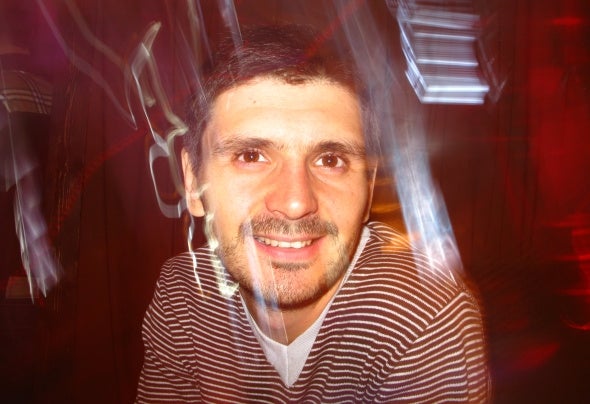 Andrey Kadomtsev is the only participant in the BarBQ progect. Hefirst started creating his own composition while going to school.After that he became a DJ and realised that he can't fully expresshimself only playing somebody else's records.The real story of the composer started by his work in the oldest andcult record shop "The base". The people he met there had an importantinfluence on Andrey. He got a great opportunity to reveal himselfwhile working at "The base".After he had got to know all the DJs, had listened to a lot of musicand had dealt with well-known producers of St. Petersburg, he startedlearning how to create dance music. The first Andrey's track was basedon the mix of a French DJ Dr. Oliv, the owner of the Bazoline label.Then he had releases in his native St. Petersburg, in the collections" Aerobics Hype 1" and "Aerobics Hype 2". Later, together with DJAnton Newmark Andrey made a remix of the Dum Dum project's track "Oneearth beats", which came out on a vinyl record to the 10th birthday ofthe Whoop label. Such DJs as Kimbar and Elkashu has included Andrey'scomposition "Myself" to their mix, added to the magazine "Afisha".Soon it became popular among the DJs of St. Petersburg.Two years later an English DJ Mr. C got this track and published itunder his label Superfreq. The label manager DJ Luke Vb wrote thatafter he had sent promo copies, Laurent Garnier, Mike Monday, XPress2and many others gave high praise to it. The magazine iDJ has put 4 of5 stars to the record and has written that russians know how to makeelectric music from the heart.In spring 2006 the original version of this track was published on themix of Timewriter "Deep Train Volume 4". Following the results ofvoting on ostavers.com of 2006, the project BarBQ was chosen as theLive-project of that year. In 2007 the track "Myself" got to theGlobal underground 21 dubfire compilation. That was just a beginning.Andrey has worked with the english label Buzzin' Fly, which is ownedby Ben Watt (ex-Everything But the Girl). The second release of BarBQon this label was published 21st July 2008.BarBQ is now working in the Neva Deep studio, which he has openedtogether with his friend DJ Raf. They have created the projectGulfkeepers.