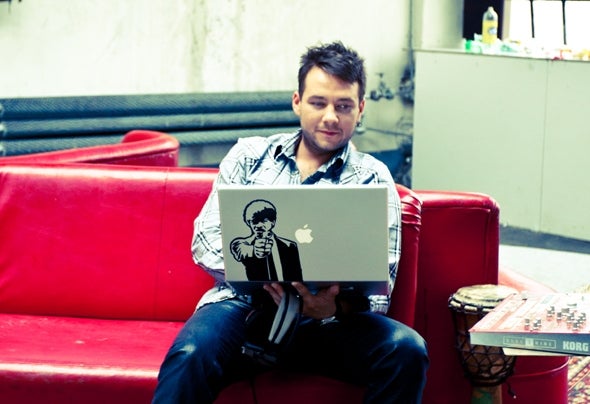 Jakub Rene Kosik is an extraordinarily prolific artist, active on EDM scene since 1997; he’s the author of 5 albums and over 100 singles released by labels from all corners of the world. His productions were recognized by e.g. Mousse T (who released a vinyl including a track by JRK on his Peppermint Jam imprint), Terry Lee Brown Jr., The Timewriter – those two were also impressed by Jakub’s productions made under the “Lincon Six Echo” moniker, which led to releases on the legendary Plastic City label. JRK’s tracks can be heard in DJ sets of such artists as Laurent Garnier, Loco Dice, Tomcraft, Sven Vath, DJ Lucca, etc. He created many remixes, both for international artists and Polish stars (vide: Natalia Kukulska). His tunes are included on uncountable number of compilations, released both on independent labels and so-called majors - - Sony Music, Universal Music.Jakub has shared the stage with the majority of the most popular DJs in the world, appearing both in hundreds of clubs in Poland and abroad, and also on festivals such as Creamfields, Water Festival, Film&Art Festival, Mayday, Audioriver. He is involved in charities – he used to organize a series of events called "I Have My Own Space", during which he broke several records in playing live-act without any pause or with no use of a computer, decks and CD players (8.5 h) – the entire income from those events was given to support Dom Małego Dziecka no. 1 (a children’s home) in Wrocław; he cooperates with Klub Gaja – an organization supporting animal welfare.At the end of 2008, Jakub Rene Kosik was picked as one of the TOP 9 producers and DJ's by the readers choice of DJ Magazine, he was also recognized as "the head of the year" in the techno category for the year 2008 in polish DJ Magazine AwardsIn 2010, JRK was responsible for the musical setting of Reporter clothes shops. He prepared soundtracks for several independent movies. He was a regular editor of the Polish edition of an opinion-making monthly connected with electronic dance music – DJ Magazine – throughout the entire period of its presence on the Polish market. He appears as an industry expert in numerous media; he was twice in the jury for the Polish DJ Championship.Apart from productions made as Jakub Rene Kosik, he also stands behind a few other projects such as: Magic Between Us, Jordan2Delta, La Fenice, BBLTQ, Venice Blow, Terror Smith, etc.